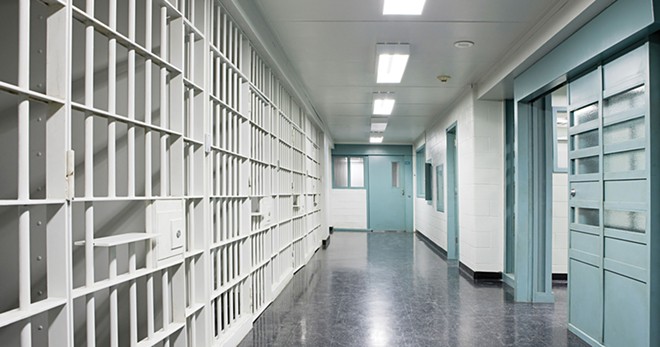 AN INMATE SPEAKS OUT

Adding to the list of things terrible about 2020, for the first time in my life, I spent three long and miserable weeks at the Sangamon County Jail. Having read the article about for-profit health care in prisons, and inmates being denied proper care, it angered me ("Trade secrets: Prison malpractice settlements surface," Sept. 24). Unless you have been incarcerated, or articles like these are published, most people do not know these kinds of issues are going on, or they just don't care.

My experience was nowhere close to what the individuals in the article went through, but it was terrible nonetheless. I have a rare immune system disorder, so entering the county jail, I was scared that in the event that I had a flare up of my disorder, the nurses wouldn't know what to do, or I wouldn't have my medication on file. Thankfully, there wasn't a flare up, but what did happen was bloody stools from hemorrhoids and horrific anxiety attacks that prevented me from sleeping.

On five different occasions, I asked a corrections officer to see a nurse, but was ignored. For weeks, I thought that my heart was going to explode or I was going to pass out from blood loss. My cellmate encouraged me to deny COVID temperature screenings in order to truly get the attention of someone.

While I wait for my case to come to a conclusion, I am now scared of going to prison for the reasons listed in "Trade Secrets," among many other horror stories you hear. It's sad that we live in the richest country on earth and subject our inmates to such cruel and unusual punishment.

Let's discuss a well-known fact: Illinois faces a major budget crisis, including more than $100 billion in pension debt alone. It doesn't matter who caused it. It only matters how we, as responsible citizens, address the issue. The constitutional amendment proposing a graduated income tax is a step in the right direction.

A graduated income tax simply means that those with higher incomes ($250,000 and above) pay a higher rate. All others will pay the same or a lower rate. Retirees would not be taxed on Social Security, pension, IRA, 401(k) or other income.

A graduated income tax is not a new idea. Currently, the federal government and 32 other states, plus the District of Columbia, adjust their tax rates to a worker's ability to pay. This would lift some of the tax burden from working and middle-class taxpayers and, at the same time, raise an estimated $3 billion in revenue to address the budget crisis without cutting essential services.

Opponents of the Illinois Fair Tax amendment state that elected officials will have the ability to raise the tax rates at any time. This is at best misleading. The General Assembly currently has the ability to raise the flat tax rate and has done so twice in the last decade. They will have the same responsibility should the amendment receive voter approval. Remember, we all have the right to object to those changes, should the issue arise.

Additionally, data from the Center for Tax and Budget Accountability shows that states with graduated income taxes are more than twice as likely to cut taxes on the middle class than raise them. Thus, I urge you to join me in voting "YES" on the Illinois Fair Tax amendment.

It is the responsible vote. It addresses the budget crisis, while protecting retirement security, providing tax relief to lower and middle-income families, without cutting essential services. It is time for the wealthiest Illinoisans to accept their civic responsibility and step up.