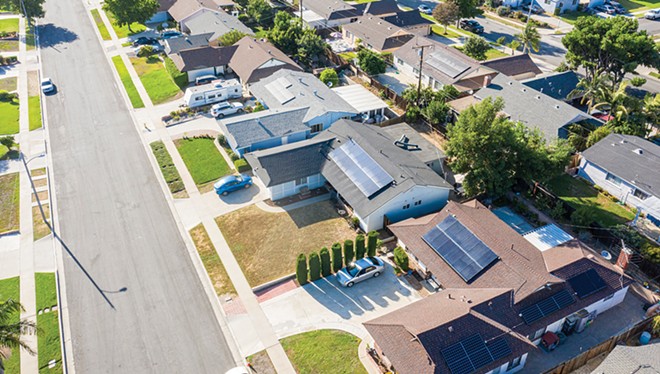 The Illinois legislature created net metering credits, which compensate customers when they overproduce electricity, to incentivize the use of renewable energy. Up until now, Ameren customers who use solar energy have been able to capitalize on a retail rate for their overproduction, but Ameren is seeking permission from the Illinois Commerce Commission to discontinue the program.

Ameren claims that it has met a statutory cap on the number of rooftop and local solar installations that can benefit from its solar savings program. Solar savings come from a monthly bill credit equal to the value of excess energy provided to the grid. Ameren says it no longer has to provide that fair value, with no plan for future solar customers.

Setting aside the fact that Ameren can and should allow more local, customer-owned solar, it's also counting wrong. According to industry experts, it hasn't hit the cap, and might not until 2023.

Once again, potential solar customers and businesses are left in a lurch. In addition to the climate, health and resilience benefits of going solar, many customers are drawn in by monthly savings. If Ameren doesn't allow fair solar savings to continue, our industry will eventually move out of central and southern Illinois.

The Illinois Commerce Commission heard these concerns and asked Ameren to restore stability to downstate solar. Ameren declined their request.

This isn't fair for solar workers. This isn't fair for families who want to go solar. And this isn't a fair application of state rules. The ICC can and should take additional action to continue fair solar compensation and the jobs that depend on it.

In November 1960, my history teacher stated, "Probably most of your parents voted for the Republican candidate, but if it is any consolation, some historians feel that it is time for another president to die in office." On Nov. 22, 1963, upon hearing that President John F. Kennedy had been shot, all I could say was, "My history teacher was right."

Now in 2020, we have two septuagenarians running for office. As a voter, I feel that it is wise to consider the policies of the vice-presidential candidates in case he or she becomes president in the next four years.

Bruce Rushton's recent cover story on homelessness quotes the city of Springfield's consultant, John Fallon, who was paid $24,000 and lives in Chicago, as saying, "The best and cheapest way to get unsheltered people off the street is to get them into housing" ("Going nowhere: Homeless wait for solutions," Oct. 8).

Bill Callier was found dead in the garage of an abandoned house last February. Conversely, the article also notes, "Caillier's younger sister, who's cleaned up after troubles that include a prison stint and drug issues, says that she helped her brother get into his apartment, but he wouldn't stay. The homeless, she says, won't always accept help."

Let that sink in. One of the undisputed facts about homeless people is that many are suffering from mental illness. Just because they are provided housing doesn't mean they'll accept it.

Seems to me like the city wasted $24,000 on an "expert" from Chicago when they could've gotten much better advice, for free, from a real expert on the homeless.