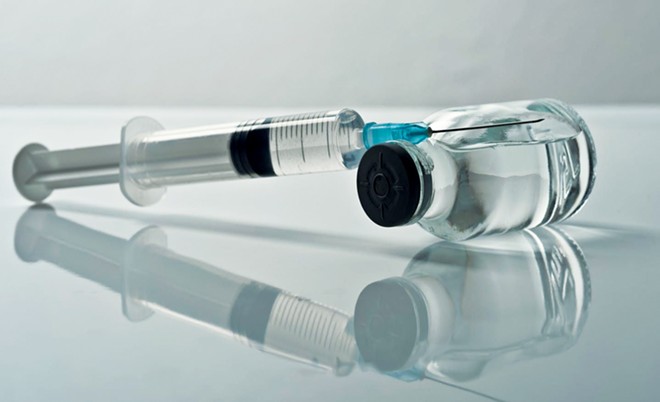 WHO GETS VACCINE FIRST?

All large, bureaucratic programs quickly devolve into picking winners and losers. Our economy has been devastated because government at all levels chose those to survive and those that were expendable. The big question then becomes how to allocate a scarce resource – the COVID vaccine – to a large number of citizens fairly, equitably and efficiently.

The first two groups, health care providers and those in nursing homes and assisted living, are easy to vaccinate because the facilities have databases on staff and patients.

But what about the 65 and over age group as well as the 18 to 64 group? To my knowledge, no database of these cohorts exists. People spend days calling the public health department only to find out all shots have been allocated and to try again next month. It's a very inefficient system.

If I was going to run a lottery for a large group, I would rent the convention center and then hire the group that previously ran the weekly Knights of Columbus raffles. They have all the equipment and the expertise to run a drawing fairly and legally.

People could then go to the convention center, public health or designated public places like grocery stores and fill out the advance paperwork for the vaccination as well as confirm their residency and eligibility for the drawing.

Drawing slips would be put in a sealed container which would be collected in the large drum on drawing day. Security for this process could be handled through the election board as this is similar to an election, only in reverse. On a designated day, a public drawing could be held at the convention center for each age group.

The one exception to this would be homebound individuals. However, visiting nurses have already identified these individuals, and they could fill out the appropriate paperwork and receive their shot at home.

Critics will lambaste me, arguing some subsets with greater vulnerabilities should get their shots first. I agree, just make sure it is fair and transparent. As a noncommissioned officer in Vietnam, I made decisions knowing some people would die as a result. I still have nightmares 50 years later. This is no less a momentous situation. Who stays and who gets out of the lifeboat has always been one of the great philosophical questions, and there are no easy answers.

MOVE TO THE MALL

The only thing that's clear in Bruce Rushton's "All the King's Horses" piece (Jan. 7) is that he evidently paid a visit to one of our newly crowned marijuana dispensaries before he wrote it. And bought the good stuff.

The article rambles on about Skittles and Egg Men and appears to direct his ire at the relocation of a state office to the city's west side instead of downtown. He mentions one other possible site – the former Benedictine University – which is about as far away from downtown (to the north) as the Sears building is (to the west). He offers no other input other than an indictment aimed at Irv Smith for the crime of getting the Greater Springfield Chamber of Commerce moved downtown into a new, cleanly renovated building at the corner of Fifth and Capitol that had served as an outdoor latrine for the city's homeless for decades.

You can't have it both ways. Do you want businesses to relocate downtown to formerly vacant mold-filled eyesores, or not?

The Sears location is perfect for the agency and its employees – easily accessible from anywhere in the city, unlimited parking and a boon for the retail businesses and restaurants in the mall. Perhaps having the Sears building remaining a vacant eyesore (much like the old K-Mart on MacArthur Avenue) would scratch some unidentifiable itch in Mr. Rushton's psyche.

Whatever the case, sir, kindly keep the cannabis in the cupboard until you're done writing.