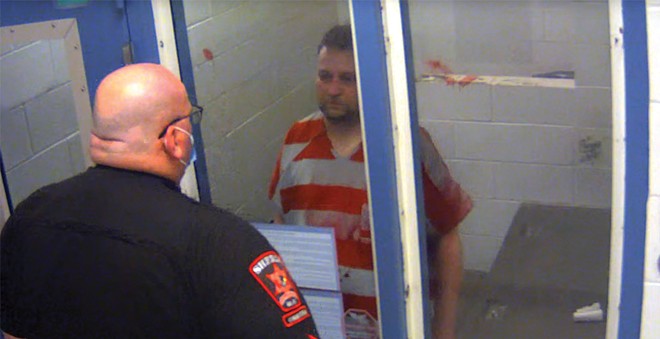 Jaimeson Cody, 39, died 20 hours after entering the Sangamon County Jail after Divernon police arrested him on suspicion of domestic violence. According to jail records, he was shocked by a Taser at least five times after a struggle with jailers.

DON'T SPECULATE
A recent article states, "Sangamon County coroner Jim Allmon said that he can surmise no way that Cody could have been tased on the back of his leg unless he was facedown prone" ("Jailers tased inmate at least five times, records show," May 28).

The coroner shouldn't be surmising anything at this point. His job is to provide facts, not speculation.

"The gap in jailhouse video footage complicates the case," Allmon said. "It's concerning – I'd just be BS'ing you if I said it wasn't concerning," the coroner said. "The last thing we need in a situation like this is to have video footage unavailable to us for whatever reason."

Once again, instead of simply waiting to ascertain facts, the coroner chose to intimate the gap in the video may be the result of nefarious conduct. Perhaps the coroner should pick up the phone and call some of the local security companies that sell, install and maintain video equipment. Maybe he might even contact the company that installs and services the cameras in the jail. If he would take the minimal amount of effort to do so, he would likely discover that such gaps are normal in many video surveillance systems, because the actual recorded time, in a specific area, often has gaps due to sequential rotation of camera views. Someone in his capacity should not be fueling the fire of distrust and misinformation. Once the investigation is complete, and the facts are revealed, he is free – and expected – to comment appropriately.

MAKE EAST SIDE WHOLE
The 1921 Tulsa, Oklahoma, massacre is making news again, showing that racism is nowhere near over. It is also true of the 1908 Springfield race riot which, according to what was "reported," was due to a Black man saying something to a white woman. The truth came out later that she lied, and remember that 14-year-old Emmett Till died over the same type of lie.

Back to Springfield, Illinois, there has never been a recovery – and barely an acknowledgment – until the remnants of the devastation were unearthed when digging test sites for the upcoming rail "improvement" on the east side. Where are the reparations for the losses from that tragedy? It is odd that the new YMCA facility has more importance than correcting the sins of the past that pushed the progress of the once-prosperous east side back 100 years.

The east side of Springfield is still essentially light years behind the west side in businesses and housing, but not in disparagement. When will the east side be made whole? Now there is a proposal for a sports complex on the south side, again leaving the east side sucking wind, much like our legislators.

CORREX
A letter to the editor last week (See "Exelon donates," May 27) implies that the Environmental Law and Policy Center takes money annually from the Exelon Foundation.  Illinois Times is informed that ELPC does not seek nor accept annual gifts from Exelon or its foundation.