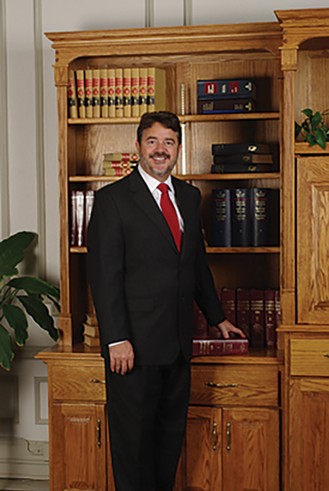 Those who know him best might say that Gregory Sgro puts the "Greg" in gregarious. The longtime Springfield attorney is known for his social nature, humor and wit. He's also exceedingly trustworthy, says Donald Hanrahan, who works with Sgro at the law firm of Sgro, Hanrahan, Durr, Rabin and Bruce, LLP.

Hanrahan says part of Sgro's knowledge of the city stems from his father, Sam Sgro, who owned the St. Nicholas Hotel, where many Illinois politicians historically held residence for their wheelings and dealings in Springfield. Sam Sgro was also a real estate developer, a legacy that his son carries on.

Sgro, who has 35 years of experience in law, specializes in real estate development and civil litigation, as well as estates and wills. "His depth of knowledge in real estate comes from the fact that he's in it himself," says Hanrahan. A 2014 article profiling Sgro in Leading Lawyers magazine said he had developed 500 acres of real estate, including subdivisions, with more projects in the pipeline.

Sgro has three adult children, one of whom is an associate with the law firm. "His commitment to the law and to his real estate business has never interfered with the primary goal in his life, which is to raise those kids, and he did a great job," says Hanrahan.