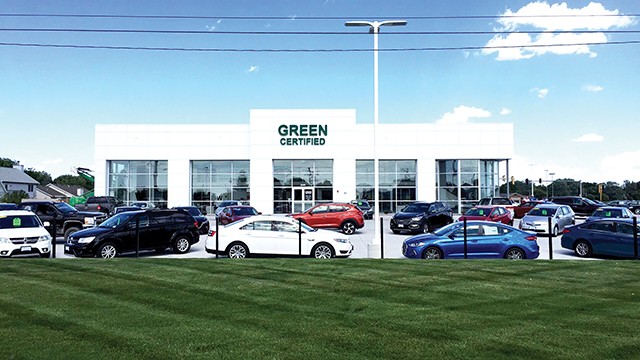 If you drive a car, I’ll tax the street. – George Harrison

The cost of driving, or even just parking, is going up in Illinois.

In addition to doubling the gas tax from 19 cents to 38 cents per gallon and raising vehicle registration fees from $101 to $151, lawmakers during the recently concluded legislative session passed other tax hikes aimed at motorists that haven’t gotten as much attention.

Both car dealers and shoppers likely will feel pain, thanks to the sales tax being extended to the value of trade-in vehicles. Now, the state collects no sales tax on the value of cars traded in, with buyers receiving credit toward the purchase of new vehicles. Under a bill passed on the last day of the legislative session, the first $10,000 of trade-in value would go untaxed. After that, every dollar of trade-in value would be applied to the purchase price of a car for purposes of calculating sales taxes.

For example, someone buying a $60,000 car who receives $40,000 of trade-in value today pays sales taxes on $20,000, which the state under current law considers to be the purchase price. Under the bill awaiting Gov. J.B. Pritzker’s signature, the state, given the same price tag and trade-in, would levy sales taxes on $50,000 for the same deal, adding nearly $1,900 to the cost. That’s based on a 6.25 percent levy, the amount of sales tax collected on vehicle sales. The state turns 1 percent over to local governments, and so the city of Springfield stands to benefit. The state would begin taxing trade-ins on Jan. 1, presuming the governor signs the bill. The state Department of Revenue figures the new formula will add $40 million a year to state coffers.
Car dealers aren’t happy.

“It’s completely reckless,” said Todd Green, owner of Green Family Stores, one of the largest dealerships in central Illinois. “If you look at the total pile of money they’re going to get, it’s miniscule compared to what they need to get. … If I’m selling fewer automobiles, I don’t need as many employees. It’s just really dumb.”
Green predicts that high-end car dealers will suffer the most as folks accustomed to trading in Porsches or BMWs every few years face thousands of dollars in added costs. But others will pay, too, says Pete Sander, president of the Illinois Automobile Dealers Association. The average new car, he says, now costs $36,000, he says, but there is no good data on average trade-in values.

“It’s going to impact everyone,” Sander says. “We certainly have concerns with it. … You’ve already paid the tax when you bought the vehicle in the beginning – you paid tax on it at that time. Two years later, you trade it in and you’re taxed again. You’re not getting credit for the tax you’ve already paid.”

Bill McCarty, Springfield budget director, says the city will collect more revenue because the state shares sales tax proceeds with municipalities, but he’s not sure how much. Given the rising price of vehicles in recent years, he predicted folks who trade in SUVs and trucks that aren’t considered luxurious or fancy will be hit. “I think the impact is far greater than you might believe,” he said.

In addition to taxing trade-ins, legislators also have established a parking excise tax for garages and surface lots. The rate, beginning Jan. 1, will be 6 percent on hourly, daily or weekly parking and 9 percent on parking fees collected monthly or annually. Parking lots and garages for apartments and condominiums would be exempt, as would parking facilities operated by the federal governments. The state also wouldn’t tax parking tabs incurred by hospital employees who park in places owned and operated by their employers. The parking tax is expected to bring in $60 million a year.