Just give me a moment

Could the U.S. be heading for an era of great reform? 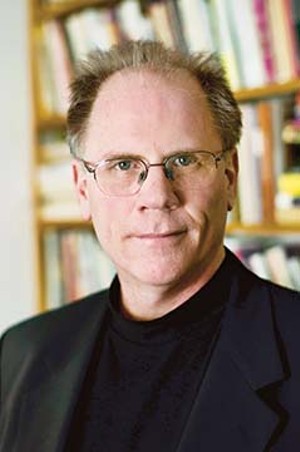 Then, after a litany of gloom, he surprised me. This country is ripe for a “great reform moment” that will rival the Progressive Era, the New Deal and the civil rights era of the 1960s. Say what?

The darkest hour is just before dawn, goes McChesney’s line of thinking. Like a drunk, the U.S. has hit bottom, so now it can begin recovery. The people are so fed up they’re going to rise up and take charge again.

Here’s what happened. Democracy has been sold off to the highest bidder. “Those with the most dollars have the most influence,” he said. This is not a new situation, but it’s worse now that the Supreme Court’s Citizens United decision has opened floodgates of corporate money to buy national elections. There was $10.3 billion spent on U.S. elections last year, most of it as an “investment for a payoff” rather than to educate voters. When money muddies the message, democracy is subverted. “We have the world’s most bogus elections.”

The reason the plutocrats are getting away with what they’re doing is that journalism isn’t doing its job. “Journalism is in free fall collapse,” McChesney told the Urbana crowd. “Commercial journalism is dead.” U.S. newsrooms have shed 30 percent of their staffs in the last decade, largely because funding from national advertisers has fragmented and dried up.

“In an era of ever-greater corruption,” McChesney says, “the watchdog is no longer on the beat.”

The professor takes heart from the energy in all the grassroots citizen reform groups around the country who invite him to speak, like the environmental group in Urbana, a labor reform group in Wisconsin, a voting rights group in the South. “This country is abuzz with people working for causes. This is our lifeline to the future.” How the energy of disparate citizen groups will coalesce into a reform movement is spelled out in McChesney’s new book, Dollarocracy: How the Money and Media Election Complex is Destroying America, written with John Nichols.

For one thing, the Citizens United Supreme Court decision must be reversed, probably by a constitutional amendment, to help take corporate money and big donor influence out of politics. Election campaigns must be publicly funded, and candidates given free air time to express their views. Then journalism needs to be revived and strengthened, probably with government subsidies like they have in Norway and Denmark.

The idea of using a government-funded press to investigate government doesn’t sit well with me. A press will be freer with support from a multiplicity of advertisers, none of which is large enough to control the message. But the precise formula for reform isn’t the key here. The point is that democracy will work if it is informed and unshackled. Everything that stands in the way of voting must be gotten out of the way.

He quotes Bill Moyers on democracy: “It isn’t just about the means of governance but the means of dignifying people so they become fully free to claim their moral and political agency.” This is what McChesney calls “a deep definition of the vote.”

Once democracy is restored, citizens will usher in a reform movement, “every bit as bold, every bit as expansive as the Progressive Era, the New Deal era, the Great Society, and the upheavals of the 1960s,” he writes. “We the people of this century should aspire to nothing less. No small measures. No half steps. Not mere reform. But a new age of reform.”

More likely we’ll continue to just slog through like we have been, putting up with the tea party and big money elections while trying to stay out of wars and get Obamacare to work. In Illinois if the pension issue ever gets resolved, we’ll move on to gambling expansion and education cutbacks, with a dreary election coming up.

But it is gratifying to think of a historical moment arriving to bring rapid change, a moment when Walt Whitman’s rhapsodies about democracy won’t seem so far-fetched. “Thunder on!,” we’ll recite the New England bard. “Stride on! Democracy. Strike with vengeful strokes.”

James Krohe Jr.’s column, which usually appears in this space, will be back in two weeks. He is off finishing a book. Contact Fletcher Farrar at ffarrar@illinoistimes.com.