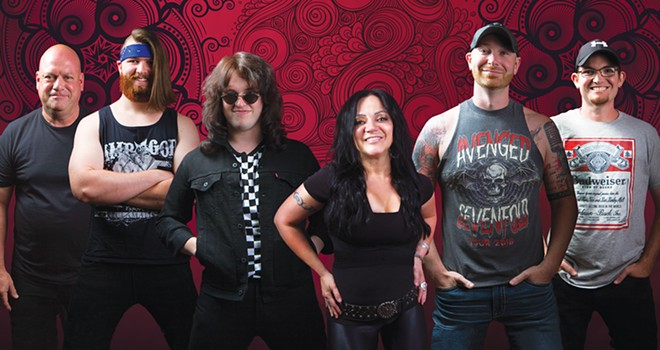 This group can play it all and does every time out on the stage, and has the 2019 Illinois Times Best of Springfield Overall Band award as a party band to prove it. Bandmates Janet Morris (vocals), Kylan Davis (vocals, keys), Kent Starr (guitar, keys), Eric Austin (drums), Tim Copp (bass) and Jake Jensen (guitar) go after it by doing three-hour shows with no breaks and claim on their Facebook page that "Whether you like rock, pop, country, metal, or hip-hop.. we bring it all," and indeed they do. Eric was voted BoS 2019 in the drummer category for an added bonus to the band accolades and, of course, frontperson singer Janet Morris previously made her indelible mark on the scene with other groups, most notably the quite popular F5 back in the day. So bring your dancing shoes and be prepared for a high-energy, well-played show done right all the way down the line.