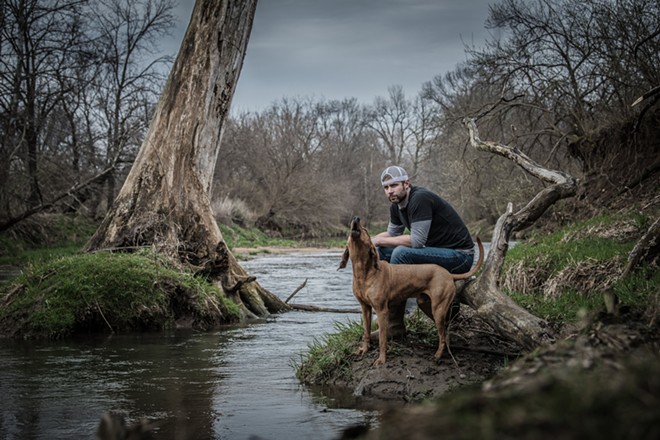 Originally from somewhere in Central Illinois with black dirt baked and caked into his soles and soul, Joe Stamm takes country music into the deep places where real feelings and real playing go to hang out together. As a young adult, football was his thing, but when Joe was forced to change careers he discovered singing and songwriting as a way to convey emotions and communicate with others. He's opened for plenty of popular names in the country world including Travis Tritt, Blackberry Smoke, Jamey Johnson, Chris Knight, Reckless Kelly and the Kentucky Headhunters and made a few records of his own music. The most recent recording, released in October 2019, was a three-song EP produced in Nashville by Joe Carrell called Songs Without A Home. During the live shows, Mr. Stamm takes care of the songwriting and singing plus plays guitar, while his longtime band of Jon Byler Dann (bass, vocals), Bruce Moser (drums) and Dave Glover (guitar) stirs up a storm playing live music backing up the full-throated, heartfelt, singer-songwriter making the climb.