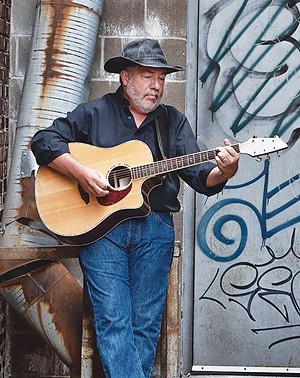 This time of year sometimes gets described as a blue time, where the post-holiday season blahs began to remind us it's not all fun and games out there. But wary as one may be for this possible downturn, it sure doesn't feel a bit like that this January as our music scene continues to pop, fizz, shake and shimmy like nobody's business. So let's see if this scenario is sensible and sound, shall we?

Thursdays are holding steady as an entertainment night with two acts this week covering the spot. Springpatch Serenade, described on their Facebook page as an "acoustic group with strong country roots and a little bit of rock and soul" takes on the Curve Inn stage with some band members you, as an intrepid member of the local scene, will recognize. Over at Motorheads, JackAsh, featuring Ashley Staley and Jack Stege (hence the clever moniker) work the room doing cool covers that highlight Ashley's incredible voice (she was IT's Best of Springfield Female Vocalist for 2021) and compliment Jack's guitar playing capabilities.

Heading on into Friday with unbridled enthusiasm and unmatched anticipation, we see the Winchester Whirlwind, Stuart Smith, fronting a jazz trio at Boone's for the weekly Friday Night Jazz experience. Generally known for his singing and songwriting chops, plus being a slinky rock guitarist, Stuart branches out into the world of jazz, because, well, because he can.

My old pal Keith Dunlap drives down Route 4 to Auburn for a night of song at the Slaughterhouse, covering a range of tunes from Green Day to Blake Shelton, Elton John to Tom Petty and Matchbox 20 to Johnny Cash. Believe me, KD has got you covered.

Then, just because these two venues are always booking music, the Curve Inn gives you the Stone Giants with some familiar folks in the band, while Motorheads delivers the three-piece power trio, GatorHead from Brown County.

Saturday is shaping up to be a hot night in the old town with a respectable list of remarkable music-makers out making music. First, I'm going to our big two this week with Fool House cleaning up at Motorheads and Broken Stone rolling into the Curve. The Cocktails serve up the hits at Blue Grouch as The Ex-Bombers blow up Buzz Bomb, ReMix slides into Third Base, while X-Krush crushes it at Weebles.

For more acoustic-based sounds, check out these out-of-town shows with After School Special doing the duo of Aasne and Jerry at Walnut Street Winery in Rochester and Thomas J Beverly going it alone at 1st & 3rd Boutique and Wine Bar in Petersburg.

Back in the city proper, John Drake brings his Americana blues and originals to Ad Astra Wine Bar in downtown Springfield (near JP Kellys on Adams) as Mike Butler jams at Boones with covers and originals on acoustic guitar and vocals.

For something different on Saturday night, over in Jacksonville at Illinois College, their Fine Art series hosts Istanpitta, a Houston-based, early music ensemble singing songs from medieval France backed on period instruments, while over at Arlington's upstairs, Ray "Philly" Philips hosts an array of comedians in a benefit for Helping Hands of Springfield called Comedy for a Cause.

Also in the something different category, we are presenting our Sangamon Songs: A Musical Play in St. Louis at the Gaslight Theater on Saturday night and Sunday afternoon with all pertinent info on the theater's website, plus all weekend long the Hoogland gives us Follies in Concert with a full onstage orchestra at the LRS theater.

That's all folks, except for all that's left in the listings, which, per usual, is plenty. 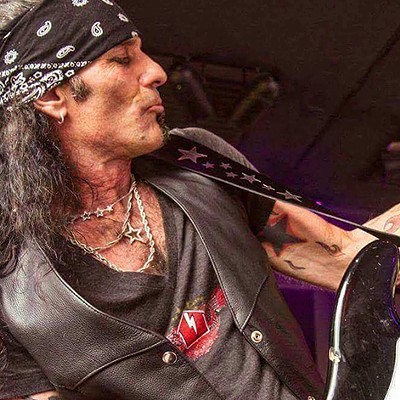