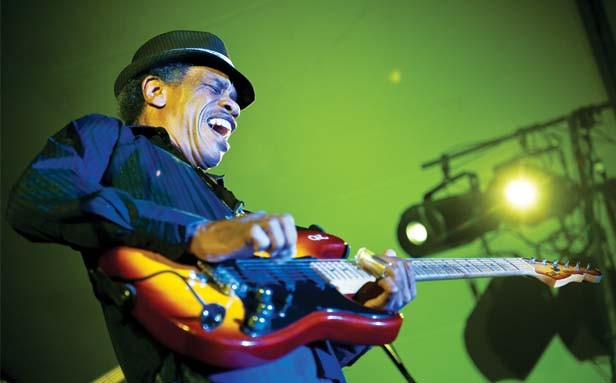 Some people play the blues and some people listen to the blues, but James Armstrong just is the blues. From starting his first band in seventh grade to traveling the country playing major festivals and shows, Armstrong made music his life’s work and coincidently, Springfield his home. Born in Los Angeles, Calif., as a young man he worked with greats Smokey Wilson and Albert Collins, spent some time on HighTone Records and now continues the tradition of honoring the electric blues every time he straps on his guitar and steps up to the microphone. Known as a powerful and soulful guitarist, his songwriting prowess sets him apart from other musicians and he’s called the Ambassador of the Blues. At this weekend’s event, Armstrong joins with St. Louis indie-rock group, The Giving Moon and sponsors Myers Commercial Real Estate, Butler Funeral Home, Budweiser Brewing Company, Skeff Distributing, Capcitill Promotions, EJ Productions and Moonlight Rider Livery Services to honor and celebrate American military service people (a military ID gets you in for free).