It’s not all fair 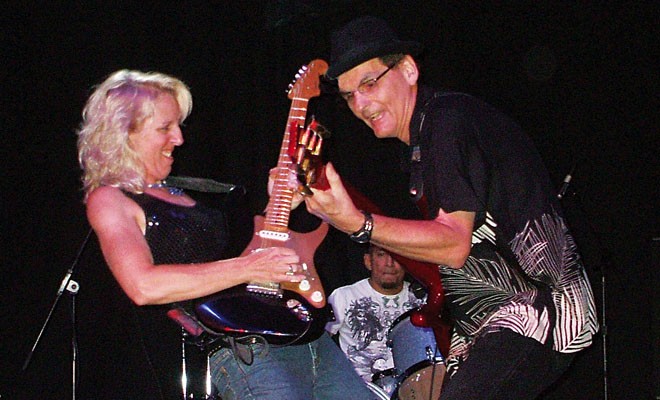 As far as live music goes, the Grandstand, utilizing a little “something for everybody” attitude that really seems to work, booked some killer highlights and quality shows. Beer tents feature mostly local bands that me, you and a dog named Blue can see at area watering holes anytime we want. But watching the familiar faces play away, up on the bigger stages as you chug on some fairly cooled beer while hanging out with those long lost friends that only seem to pop up at fair time, just makes the experience somehow different than the bar scene. Plus, you know you’ve made it as a local cover band when you score a beer tent gig. It’s definitely a career high point and bands go the extra mile to make it worth your while.

I always bring up the Twilight Ballroom, neither to belittle other artists or other beer tents nor to befriend those at this particular venue, but to mention this libation station is air conditioned and not as loud as the rocking joints. I know many folks who like it outside and on the loud side, but if you crave a change of pace, the Twilight Ballroom features a cool environment and neat, old-school bands with different instruments (horns, man, horns) playing tunes you won’t hear at the other locations. Plus, they serve wine. But, no matter what, we like to remember, as some wise guy once said in a wily and worried moment, “It’s all good, man.”

Outside the long and reaching arms of the fairgrounds, our regular live music venues continue to kick out the jams. Some places, and the artists performing, benefit by the inflated city population from fair attendance, but other than those directly in the path of the fair, the results are usually unpredictable. From my many nights of “playing until three” performances at the Brewhaus on fair Sundays, the turnout seemed hit or miss, depending on the weather, the Grandstand show, who was in town and various other factors.

A triumvirate of interesting “un-fair” shows include Brian Lee and His Orchestra (with Looming) at Bar None on Fri., Aug. 8, The Colonel’s Tale at the Walnut Street Winery on Sat., Aug. 9, and Laurie Morvan at the Alamo on Mon., Aug. 11.

Brian Lee fronts an amazing, rocking trio (ha, ha, they fooled you with that “orchestra” thing), up from Nashville to blast out a show. Any band that lists their genre on Facebook as indie/doo wop/soul is all right by me. Al Hibbert wrote the music and Bill Lazar the libretto for “The Colonel’s Tale,” a rock opera with a cosmic twist based on Chaucer’s The Canterbury Tales. Years in the making, this world premiere, featuring performances by local musicians, is guaranteed to “delight and amaze.” Laurie Morvan, a blonde hair, blue-eyed, guitar playing California girl, rips into blues in a awesome rock ’n’ pop way that captures the imagination and rivets the soul. Rave reviews accompany her as she hits all the name blues joints across the country, including an appearance Aug. 30 at the Illinois Blues Fest in Peoria.