A psychologist who coordinates care for transgender inmates in the Illinois Department of Corrections says he disagrees with the opinion of a federal judge who late last year questioned whether prison officials take seriously the needs of transgender inmates.

"We're actually going above and beyond, looking at details the average person probably isn't even thinking about," said Shane Reister, a clinical psychologist who says that he's been working on transgender issues within the prison system for seven years. "There's a lot of different changes we've had to make over the last seven years. It takes time."

Reister's comments in a recent interview with Illinois Times came after a federal judge in December issued an injunction ordering the Department of Corrections to provide hormones to transgender inmates and cease making housing assignments based on genitalia or physical appearance. The injunction also requires the Department of Corrections to develop policies to ensure that decisions about treating gender dysphoria are made by qualified medical professionals.

The injunction also states that the department must allow inmates to obtain evaluations for gender dysphoria upon request and provide access to clothing and grooming products consistent with gender identities. Concerned that prison officials weren't serious about the lawsuit filed by transgender inmates who say they've suffered poor treatment and discrimination, the judge ordered corrections brass to read a transcript of a hearing held to address inmate concerns.

No inmate has received sex reassignment surgery while incarcerated. Under the injunction, Reister said a committee of prison officials tasked with addressing transgender issues can no longer decide medical treatment for transgender inmates. Just what kinds of surgeries to address gender dysphoria the department might provide hasn't been decided, he said. The corrections department, he said, is similar to a managed care system where some procedures might be deemed cosmetic and therefore not covered. The department, he added, is working on policies on how to refer inmates for surgeries outside prison walls. "There are a number of different kinds of procedures that one can do and that people do, and not all of those procedures would be covered," Reister said.

At any given time, Reister said, there are between 80 and 125 transgender inmates housed in Illinois prisons. Between 5% and 10% are transgender men, he said, and one transgender man has served time in a men's prison. In 2018, corrections officials, after being sued, transferred a transgender woman from a men's prison to Logan Correctional Center in Lincoln, where she completed her sentence last year. A second transgender inmate, Janiah Monroe, was transferred last year to the women's lockup in Lincoln. Prison officials in court testimony have described her time there as turbulent. Other inmates have accused her of rape, with one suing corrections employees, claiming that she was punished when she reported that she'd been sexually assaulted by Monroe who, through her attorney, has denied all sexual assault allegations. 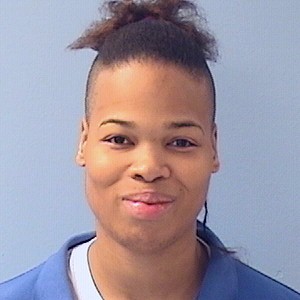 Logan officials last summer were prepared to transfer Monroe back to a men's prison, according to her attorneys, but the governor's office intervened. Reister said that determining whether to transfer transgender inmates to prisons that comport with their sexual identity is a balancing act that involves security questions as well as the wishes of the inmate. He said Logan has long housed women who are both physically strong and dangerous. "Rape and sexual assault is about aggression, it's about power and control," Reister said. "It's not about sexual orientation or gender."

Reister said at least two transgender women have been approved for transfer to facilities for women and the department is working on logistics. "There are additional ones, and we will continue to look at anybody who is making a request," he said. Not every transgender prisoner wants a transfer, he added. "And so people are kind of making decisions about what is their comfort level, and this is the individual choice of the offender," Reister said. "Some offenders are comfortable in the male division, others are not."

The corrections department, Reister said, is also concerned with mental health and social support, including support groups, for transgender inmates. "If you're transgender, we want to make sure you have sufficient support," he said.

While the December injunction has forced the state's hand, Reister said that the department had been working on transgender issues before the federal judge weighed in.

"We are changing," Reister said. "The field is evolving, our understanding is evolving, the needs are getting voiced more and more."

State "encourages" colleges to require students to get vaccine