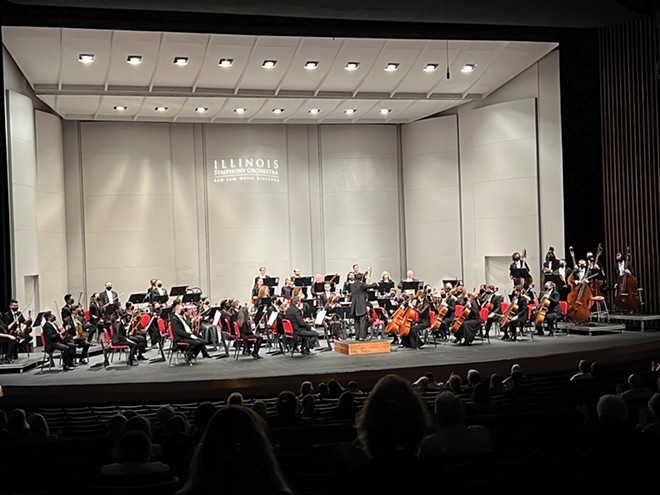 The Illinois Symphony Orchestra made its triumphant return to the UIS Performing Arts Center stage this past Saturday, for the first time since February of 2020. Of course, the remaining two concerts of that seemingly long-ago season were canceled – along with pretty much everything else in the known world – due to the COVID-19 pandemic.

The 28-year-old musical institution, based in both Springfield and Bloomington/Normal, has hardly been idle during the enforced layoff from live concerts. Among other online offerings, the "Sunday at 6" recital series on the ISO's YouTube channel (all still available for viewing at https://www.youtube.com/c/ilsymphonyorch/featured) provided homebound music enthusiasts with the privilege of access to intimate digital performances by some of the orchestra's most accomplished instrumentalists.

Additionally, the ISO's recently minted partnership with University of Illinois Springfield's music department promises, in the words of the organization, to "enhance music education in the Springfield area and to extend the reach of both organizations into the community."

Of course, nothing compares with live concert performance and it was a hungry and enthusiastic orchestra that took the stage on Saturday, led by a visibly fired-up ISO musical director Ken Lam. These musicians had been kept in check for almost two years and the outpouring of enthusiasm from the stage was palpable, belied only slightly by the somewhat sparse (but enraptured) opening night audience.

Things got off to a rousing start with the "Star-Spangled Banner" (not the only time the crowd would be brought to its feet this evening), including the disconcertingly mundane sight of the masked conductor and musicians (with the exception of the reeds and horns for obvious reasons). The patriotic flourish was quickly followed by the crackling, somewhat unexpected sonic burst of the percussively-driven "Circuits," a jazzy, six-minute composition by St. Louis-based contemporary composer Cindy McTee. A high-energy, almost Looney Tunes-evoking roller coaster of sound, this unorthodox opening set a tone of expectation and heightened adrenaline. 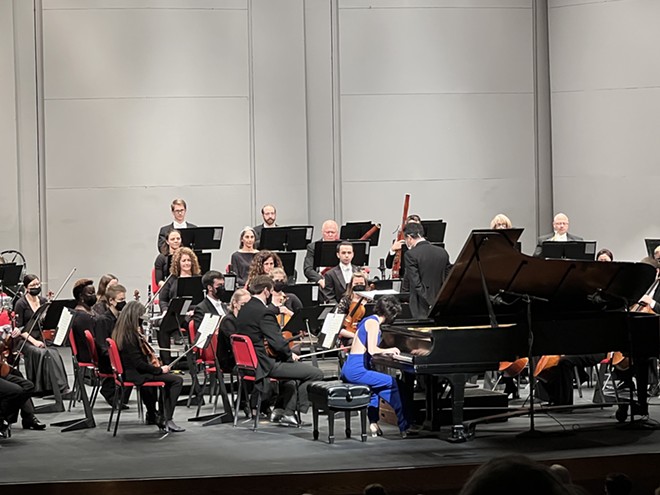 Improbably, the concert's energy went up another notch with the appearance of the evening's guest soloist, internationally acclaimed pianist Claire Huangci, who took the stage for an impassioned rendition of "Piano Concerto No. 2 in G Minor, Op. 22" by Camille Saint-Saëns (whose 186th birthday was the same date as the concert). To say Huangci tore into the venerable 1868 composition would do a disservice to the delicacy of her playing, but there was an undeniable ferocity on display. Mind-blowingly precise storms of notes were punctuated with a heartbreaking lyricism, embodying Saint-Saëns' shifts in rhythm and tone in a performance that felt somehow casual and spontaneous – in the clear ease between the soloist, her instrument and the composition – while simultaneously a consummate version of one of the great pieces in the classical canon. Similarly, Huangci's musical presence was entirely singular, while paradoxically deployed in service to the music of Saint-Saëns and simpatico with the ISO's ensemble.

A well-earned standing ovation was followed by a brief, unaccompanied encore from Huangci. Oddly insouciant and aggressive, it was like watching a dazzling high-wire act by an artist so confident that even the riskiest moves appear to be preordained.

The second half of the concert was almost inevitably less intense – a good thing, as continuing at the same level would have likely left performers and audience utterly spent. Consisting of Beethoven's bombastic, majestic and multilayered "Symphony No. 7 in A Major, op. 92," Lam and the ISO magnificently brought the sweep and grandeur of Beethoven's 1813 masterwork to life, perfectly setting the tone of renewed energy for a return to live music. Huzzah!

At 3 p.m. Sunday, Oct. 17, the UIS Performing Arts Center in the Sangamon Auditorium will host "Franckenstein!" the premier concert by the UIS Orchestra in partnership with both the Illinois Youth Symphony and Concert Orchestras. The concert is free and open to the public. 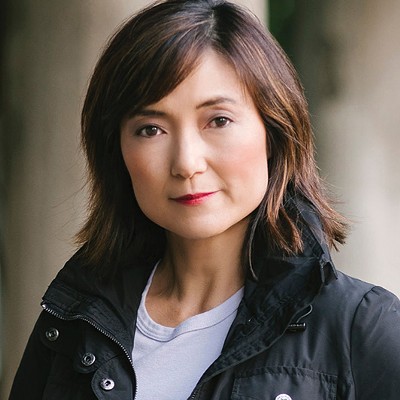