PHOTO COURTESY OF ILLINOIS INNOCENCE PROJECT.
Anthony Murray smiles in a photo taken the day of his release after 14 years in prison.

Although Anthony Murray walked out of prison on Oct. 31 a free man after 14 years, gaining his freedom required admitting to a murder he says he didn’t commit.

“It’s been a long road,” the 41-year-old Chicago resident said in a Marion County courtroom in Salem during a hearing the day before his release. “I’m not guilty of the charges. I want this to go on the record.”

Murray’s case is the fifth in which the Illinois Innocence project, based at the University of Illinois Springfield, helped free a prisoner whom they believe to be actually innocent. But this case is different from most others the project handles. It wasn’t some new piece of evidence that set Murray free; it was his exasperated willingness to strike a deal that marks him as a killer.

John Hanlon, legal director for IIP, says Murray’s case highlights problems in the criminal justice system that can produce wrongful convictions, and no one is fully satisfied with the outcome.

In the early morning hours of June 21, 1998, in Centralia, an argument over a dice game ended with the stabbing death of a young Centralia man named Seneca Jones. Murray was visiting from Chicago, and a female witness implicated him in the argument, though she later changed her testimony to say Murray wasn’t there. Murray claims he was elsewhere with his girlfriend at the time of the murder.

Murray was convicted of first-degree murder in his first trial and sentenced to 45 years in Menard Correctional Center in southern Illinois, but his conviction was overturned when it was revealed that one of Jones’ friends was on the jury that convicted Murray. He got a second trial and was convicted again, but that conviction was overturned earlier this year on the grounds of what’s known as “ineffective assistance of counsel” – basically bad lawyering – because  Murray’s attorney voluntarily called the same female witness who implicated Murray in the murder, despite her inconsistent statements to police and in court.

On Oct. 30, Fourth Circuit Judge Sherri Tungate approved a plea deal struck between Murray and Marion County State’s Attorney Matthew Wilzbach. In exchange for a plea of guilty to a second-degree murder charge, Murray received credit for his 14 years and 2 months served in prison and was released the following day. It’s known as an “Alford plea,” and it requires the defendant to admit to one criminal charge in order to avoid a more serious charge.

“I was elated,” Murray said, recalling how it felt to walk out of prison without guards. “It still hasn’t set in yet. I’m happy to be home to my family.”

Still, Murray feels torn about the plea deal that required him to admit guilt for something he says he didn’t do.

“I still feel bad about that,” he says. “I wanted to walk away a free man, but I wanted to be let go the right way: because I was innocent.”

He almost got his wish. Wilzbach, the state’s attorney, considered dismissing the case against Murray.

“I ultimately did not because there is evidence for which a jury could have concluded he provided a false alibi, that he was present, and that he had as much motive or opportunity as any of the other people there to have done this,” Wilzbach said. “Basically, this is as close to justice all around as I thought we could get.”

Wilzbach admits many of the witnesses who implicated Murray 14 years ago were inconsistent, and not all of them could be tracked down again. But one witness, who was a minor at the time and is now an adult, says she heard Murray’s voice in the argument leading up to Jones’ murder.

“The bottom line is this: I don’t know if he did it or not,” Wilzbach said. “Am I convinced that he didn’t do it? No. Is the evidence in its current state overwhelming that he did? Admittedly no.”

Hanlon, the IIP legal director, says the evidence was far from overwhelming, and there were serious questions about the physical evidence especially.

“I viewed many of the exhibits in the Centralia Police Department last year, and I was very shocked and disturbed to see that all of the items of evidence still in the possession of the police were just thrown into shopping bags together,” Hanlon said. “Those items included clothing of the deceased person and clothing of the suspects, thus intermingling the DNA. Automatically, my concern was about contamination; you sure can’t test any of that.”

An Illinois law passed in 2001 says all of the evidence in a murder trial must be kept until the convicted person’s sentence has been served, Hanlon says, but the law doesn’t specify how the evidence should be stored. In other cases, he has witnessed rape evidence kits being stored at room temperature or higher, allowing the DNA evidence to spoil. The Illinois Innocence Project hopes to convince state lawmakers to fix the law soon.

Hanlon says he’s not completely satisfied with the outcome of the case because Murray still has a second-degree murder conviction on his record.

“It’s like a plate of liver and onions that’s been sitting out a few days,” he said.

Murray says he wants to fight the conviction and clear his name once and for all, but he would likely face retrial on the original first-degree murder charge if he retracts his Alford plea.

For now, Murray just wants to rebuild his life. He’s hoping to get a driver’s license, eat some of his mother’s cooking and buy clothes that don’t say “Illinois Department of Corrections.”

“I just want to spend as much time with my family as I can,” Murray said, adding that he also hopes to start counseling others. “My intention is to do the right thing. I want to help other people in my situation if I can.”

Doris Murray, Anthony’s mother, says she always knew her son would be freed.

“After his first conviction, I told everyone in that courtroom that I would be coming back to get my son,” she said. “It took 14 years, but I got my son. I always told him, ‘They can bend you, but they can’t break you.’” 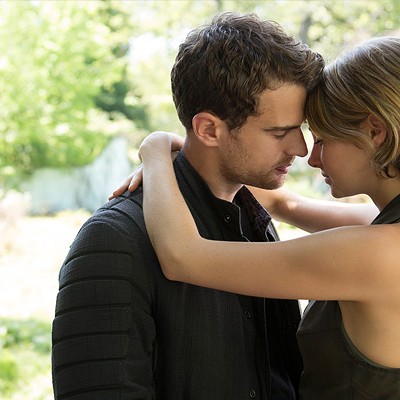