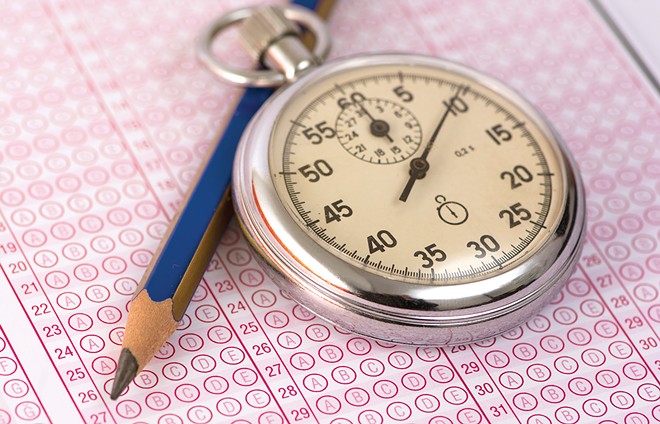 The Illinois Senate has added to the call for the U.S. Department of Education (DOE) to waive spring assessments, such as the Scholastic Assessment Test (SAT), for students, as it did in 2020. State Sen. Cristina Pacione-Zayas, D-Chicago, spearheaded a resolution, approved March 17, calling for testing waivers. She said many students have been learning remotely or in a hybrid system for the past year, and expecting them to return to school for in-person testing is unrealistic.

"We all know this is not a typical year," Pacione-Zayas said in a statement. "Let's have some compassion for our students and teachers and allow them to use their limited time in the classroom to learn and recover from the trauma of the pandemic, rather than to take stressful tests."

The Biden administration has called on states to give spring standardized tests. "They should have seen the writing on the wall and made it optional," said Kyle Wright about the federal government's decision. He teaches American government and current events at Dundee-Crown High School in Carpentersville.

On Feb. 8 nearly 700 superintendents in Illinois signed a letter requesting the DOE waive spring assessments. The Illinois State Board of Education (ISBE) subsequently announced in February that it would request waivers. But the DOE announced Feb. 22 that all schools are expected to administer federally mandated spring assessments. The agency contends the tests are a necessary way to gauge the needs of students, districts and overall learning loss.

Others in Illinois concur, including the Illinois Parent Teacher Association and Quad County Urban League. Amalia Chamorro is with Latino civil rights network UnidosUS. "We are concerned that setting aside annual assessments for a second consecutive school year would undercut the progress of ensuring a more inclusive and responsive system for Latino students," she said during an ISBE meeting last fall.

With many superintendents, teacher unions, educators and students backing the call for full assessment waivers, Pacione-Zayas said the resolution, passed last month, was a symbol that Illinois legislators "stand in solidarity" with them. "I've never seen almost 700 of our 853 school districts being on the same page. That's rare," Pacione-Zayas told Illinois Times.

DOE did grant partial waivers, which allow schools to extend deadlines, administer tests remotely, make tests shorter and require fewer students to take the tests. The federal guidelines require most of the assessments to be administered in-person and with proctors.

ISBE has stated that high school seniors will not have to take the SAT in order to graduate and that the essay portion has been waived. Pacione-Zayas said it is time to rethink standardized testing altogether. "We don't always have to use the reference points that have been used in the past." Several of these reference points, like standardized tests, were designed with white middle and upper-class families in mind – "to maintain a social hierarchy," Pacione-Zayas said.