If music be the food of love… 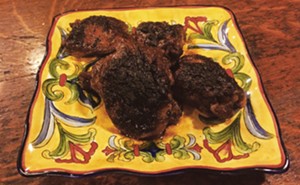 Choral music and churches are, if not inseparable, at least closely related. Student glee clubs and show choirs have widened the gap somewhat. Even the big orchestral choral works more often than not have religious subjects.

The Springfield Choral Society rehearses at St. Paul’s Episcopal Cathedral and sometimes holds concerts there, as well as at the Catholic Cathedral of the Immaculate Conception and other area churches. This year’s spring Saturday concert will be at the Cathedral of the Immaculate Conception on April 25, while the April 26 Sunday matinee performance will be held at St. Paul’s African Methodist Episcopal church.

St. Paul’s AME is a new SCS venue. It’s the lifelong church home (55-plus years) of Dr. Victoria Nichols Johnson, a longtime member of SCS. Nichols Johnson is also a longtime friend: A retired OB/GYN professor from UIS’s medical school, she delivered my son, Robb; I gave voice lessons to her daughter, Marguerita. We sang together in the Illinois Symphony Chorus for years, and now in the SCS.

When SCS’s director, Marion van der Loo, told Nichols Johnson she wanted to expand SCS’s horizons, their subsequent conversations resulted in van der Loo’s choice of repertoire, a mix of gospel songs, arrangements of Quaker and Shaker tunes and other pieces suitable to the theme of “How Can I Keep from Singing?”

“It’s funny, because my focus has always been classical music, though we do some gospel songs in church,” Nichols Johnson says. It was she who introduced van der Loo to Paula Irby, the woman whose gloriously supple and rich voice is a highlight of many of the selections, a golden thread running through the concert. Her singing is simply spellbinding, not to be missed.

I’ve long known that Nichols Johnson was deeply involved at St. Paul AME. And as we’ve rehearsed for this weekend’s performances, I wondered if her church had ever put together a cookbook?

Not only was the answer “yes”, it was compiled recently by St. Paul AME’s choir, for which Nichols Johnson acts as assistant director as well as being the church’s organist. Too often these days, church or organization cookbooks consist mostly of recipes calling for a can of this, a package of that and a tub of Cool Whip. There’s some of that in this compilation, but real food predominates: Mary A. Daniels’ cabbage with vegetables (and smoked sausage), Barbara Price Gleghorn’s fricassee chicken, Terrylynn Banks’ hamburger steak and gravy, Agnestine Cook’s wild poke salad and Georgetta Slaughter’s Sunday fruit punch. More exotic recipes include rabbit Italiano, orange-glazed duck and Filipino fried rice. There’s even a recipe for the Obama family’s chili recipe, one that “he’s been using for years.” When I asked Nichols Johnson if she thought it was Obama’s actual recipe, she said, “Who gave it? Oh, Barbara Gleghorn. She was close to Obama; I’m sure that’d be accurate.”

Nichols Johnson also related the intriguing story of Springfield’s St. Paul AME Church as well as the founding of the AME denomination. AME is one of America’s oldest Protestant sects, dating back from 1787, when whites in a Philadelphia Methodist Episcopal church objected to free Africans (as they were then called) worshipping alongside them. At first, they were asked to sit in the back, then pulled from the prayer rail. The “Africans” left, and began meeting in a blacksmith’s shop. Today the anvil is still an AME symbol. In 1816 it became a formal denomination, which spread westward. St. Paul AME Church was formed in 1843, making it one of Springfield’s oldest congregations.

The title of St. Paul AME choir’s cookbook, Soul to Soul, is descriptive. It is a personal recipe collection that includes photos and vignettes of each contributor, as well as their favorite Scripture passages.

The Springfield Choral Society’s Spring Concert, “How Can I Keep From Singing?” will be performed on Saturday, April 25, at 7:30 p.m., at the Cathedral of the Immaculate Conception, 524 E. Lawrence St., and Sunday, April 26, at 4:30 p.m., at St. Paul AME Church, 1130 S. 16th Street. Admission is $12; St. Paul AME cookbooks will be available for purchase at Sunday’s performance.

This recipe comes from Dr. Victoria Nichols Johnson who says, “As a working mother, this was my favorite dish to prepare when I came home from work.”

Heat oil or non-stick spray over medium high heat in a skillet. When hot but not smoking, add the pork chops in a single layer without crowding, and brown on both sides. Depending on the size of your skillet, you may need to do this in batches.

Remove the pork chops from the skillet and set aside.

Add the chopped onion and pepper to the skillet and sauté, stirring occasionally, until the vegetables are soft.

Return the pork chops to the skillet. Season to taste with salt, pepper, Mrs. Dash and/or other seasoning and Worcestershire sauce. Add the tomato sauce and one can of water.

Reduce the heat so that the liquid is at a low simmer, then cover the skillet and cook for 20–30 minutes until the chops are tender.

Serve with mashed potatoes or rice and your favorite green vegetable.

Victoria Benn has been a member of St. Paul AME for over 30 years. She attributes this spicy-hot recipe to “Tracey.” It’s wonderful, but not for the faint of heart.

Add all the dry ingredients: chili powder, black pepper, salt and onion powder to a medium-sized mixing bowl. Pour the extra-virgin olive oil into the dry ingredients, and stir until a runny, mud-like paste is formed. Add a little more oil if the mixture appears too dry.

Brush a heavy coat of the mud-like mixture onto all sides of the chicken legs and/or thighs. Set each aside until all are coated.

Arrange the chicken pieces in layers as level as possible in the slow cooker.

Pour the chicken stock into the cooker and cover. Cook on high heat for 4 hours, low heat for 8 hours.

And then, Benn says, “Get ready for a finger-lickin’ good time!”

Mash warm peeled sweet potatoes to measure 1 1/2 cups. Place in a medium-large bowl and add the butter, then mix until it melts.

In a separate bowl, combine the sugar and spices, then stir this mixture into the sweet potatoes and butter. Add the beaten eggs and vanilla, and mix completely. Add the evaporated milk a little at a time. Don’t let it get too juicy.

Pour into pie shells and bake for 35 minutes. Cool the pies before cutting them. 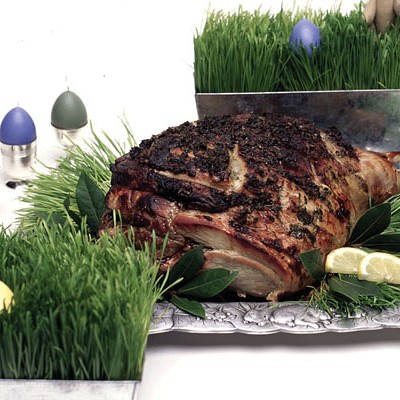 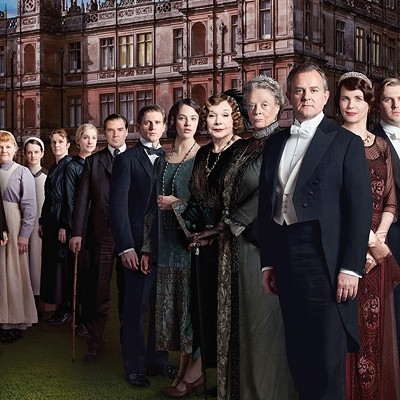 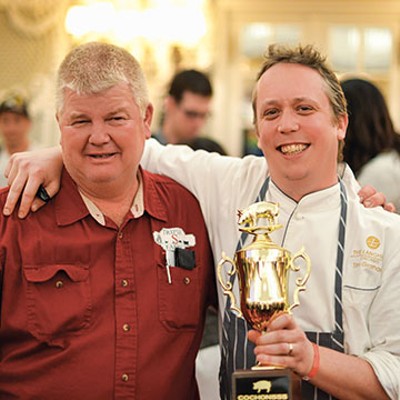 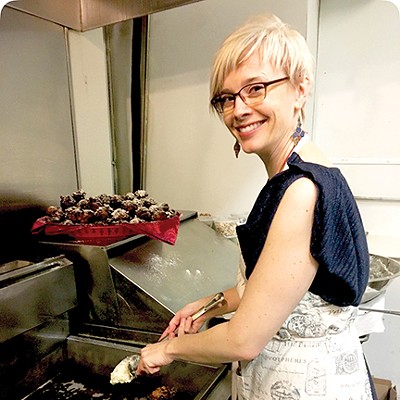 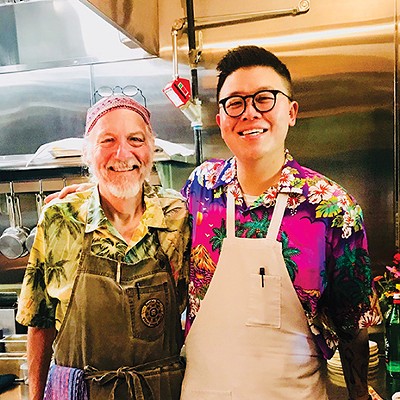