Hugo a plea for film preservation 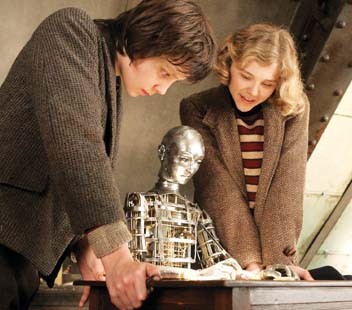 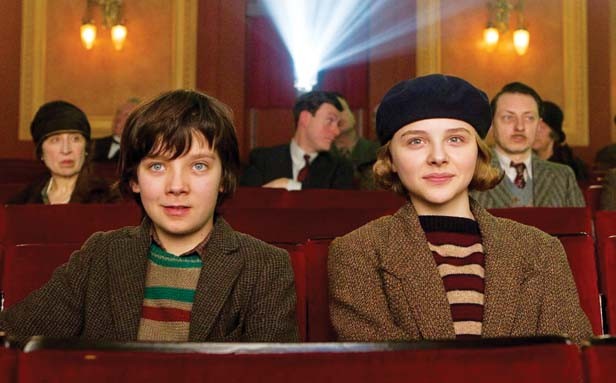 As advertised, Martin Scorsese’s Hugo appears to be a rollicking adventure about a young Parisian orphan who’s on a quest to uncover a mystery involving his late father and a primitive robot. He also has to stay out of the clutches of a very determined police officer who’s set on taking him to an orphanage. Having spent $170 million on the film, it’s no wonder that Paramount Pictures is promoting it this way. While the novel it’s adapted from has a loyal following, it will take many more viewers than those for the movie to turn a profit.

What the previews don’t tell you is that the movie really focuses on one of Scorsese’s passions, film preservation. At its core is the tale of Georges Melies, the pioneering French filmmaker who created indelible images during the silent era, yet whose work was largely forgotten during his lifetime. He ended his days running a small shop in the Paris train station, bitter and broken, selling toys.

This is where the two tales intersect. Young Hugo (Asa Butterfield) runs afoul of Melies (Ben Kingsley), who thinks the young boy is a thief and forces him to work in his shop as penance for his misdeed. In doing so, our hero is able to avoid being taken by the Javert-like station inspector (Sacha Baron Cohen) and meets Melies’ goddaughter, Isabelle (Chloe Grace Moretz). She happens to possess a key that Hugo needs in order to activate an automaton that he and his father (Jude Law) had been repairing before his tragic death.

Scorsese is one of our great cinematic masters and could compose a great shot in his sleep if he had to. So even when he’s not emotionally invested in some moments of the film, and there are quite a few, the images are still a wonder to behold. No, the scenes with Cohen are done in a pedestrian manner, as are early sequences, which recount the tragedies that befall Hugo. They’re done because they’re necessary and hardly contain any sort of emotional resonance.

However, when the director turns his eye towards the wonders of the movies and the importance of saving them, the film comes vividly to life. This is never more apparent than when Hugo takes Isabelle to see her first movie, appropriately Harold Lloyd’s Safety Last, or when these two dive into various books about the medium when visiting the Paris Library. In rapidly flipping through a history of cinema, Scorsese takes the opportunity to give us a wonderfully constructed collage of stills and film clips featuring Douglas Fairbanks Sr., Buster Keaton, Charlie Chaplin and a myriad of other movie giants from the early days of cinema, all done with a sense of verve and love. It winds up being a chill-inducing moment.

The sense of wonder that going to movies gives us is at the forefront of the film. Scorsese does his best to provide a seemingly new movie-going experience with his use of 3-D. Just as Isabelle experiences cinema for the first time, the director strives to provide us with a similar experience with this technique. The results are astounding. Paris is rendered as a fairy tale city that stretches to the horizon in one wonderfully detailed shot after another. The clockworks in the train station where Hugo toils is seen as a labyrinth of cogs, gears and handles, each of them jutting out or existing in various layers that threaten to consume our hero at any time. This aesthetic, as well as Scorsese’s love of film, helps make Hugo a worthwhile experience.