How sick was Lincoln? 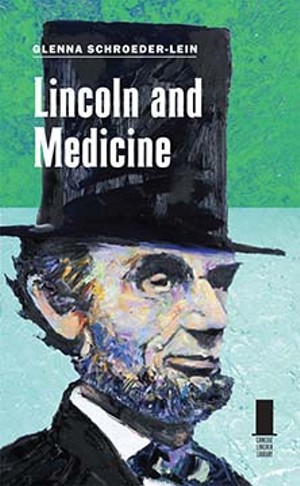 Lincoln and Medicine, by Glenna R. Schroeder-Lein. Southern Illinois University Press, 2012. 152 pages, $19.95.
The theories are plentiful: Abraham Lincoln was gay, or had Marfan’s syndrome, or syphilis or mercury poisoning; Mary Lincoln was insane, and on and on. But, are they true?

It’s been 80 years since someone wrote a book addressing questions about Lincoln and his mental and physical health. A lot of new information and speculation have popped up since then. Springfield historian Glenna Schroeder-Lein, who last authored The Encyclopedia of Civil War Medicine in 2008, tackled the challenge of writing an updated book about Lincoln‘s alleged maladies. Her new book, Lincoln and Medicine, was released this fall as part of a series of short books on Lincoln topics that Southern Illinois University Press published.

Nearly 150 years after his death, we’re still obsessed with Lincoln and details, even minutiae, about his health. Why?

“We want Lincoln to have the same problem that we have,” says Schroeder-Lein. “It makes people feel better if somebody who was really famous, and famous in a positive way, was able to do these important things when they had the same kind of problem as we do. It’s uplifting that it can be overcome.”

In the book, she lists the various “conditions” people have ascribed to Lincoln. These are a few: aortic regurgitation, attention deficit disorder, cancer, crossed eyes, epilepsy, homosexuality, Marfan syndrome and tuberculosis.

Schroeder-Lein is a manuscripts librarian at the Abraham Lincoln Presidential Library, not a physician, which she feels gave her some objectivity “because I don’t have so much of an axe to grind about any particular disease (that Lincoln might have).” To make sure the book was accurate, she had a physician who was versed in Civil War medicine check it.

“I saw my role in writing the book as sorting through and presenting the evidence and speculation in such a way that I could clarify and explain it, and help rule out the illogic so laypeople can understand it,” she said.

A disclaimer: In the book, Schroeder-Lein mentioned an article I wrote in which I argued that, unlike some historians claimed, Lincoln did not purchase or use cocaine from a Springfield drugstore in 1860. Some historians theorized it was part of Lincoln’s self-medicating efforts to treat his depression, or “melancholia” as it was called back then. 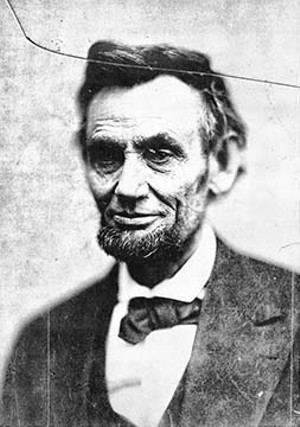 PHOTO FROM THE LIBRARY OF CONGRESS
This Feb. 5, 1865, photo shows a haggard Lincoln. Comparing this to photos taken at the beginning of his presidency, some people speculate that Lincoln was suffering from a variety of illnesses near the end of his life
Lincoln had bouts of depression throughout his life. That’s been well-documented. But some of the more modern and controversial questions about his health and lifestyle are not well-documented, to say the least. That was one of the challenges in writing the book, the author says. “Lincoln didn’t very often talk or write about his health, mostly (the information) comes from other people reporting about what they see in him.” So, Schroeder-Lein scoured documents written by his family and friends, as well as newspapers.

Her book also talks about the health of each member of the Lincoln family, including Mary. So, was she insane? “Probably not,” writes the author; but “evidence shows she had various psychological and physical problems throughout her life.”

On the other hand, evidence was “miniscule” that Lincoln was gay or had Marfan’s, she said.

Evidence was clear that Washington, D.C., was like one nasty germ for the Lincoln family. All of them got sick in the city, which was full of people and their waste. “You could catch anything there,” Schroeder-Lein says. As the Civil War went on, poor Lincoln seemed to get sicker. There were multiple reports about his ill health during the spring of 1865. As a result, some people speculated recently that Lincoln was dying from a variety of illnesses, even before he was fatally wounded.

Despite his poor health that spring, Lincoln repeatedly visited those who were worse off – the sick and wounded soldiers, Union and Confederate, in hospitals. He tried to talk to each one and shake their hand.

It’s nice to know that Lincoln was the recipient of some of his own medicine, so to speak, the night he died. There’s a poignant story in Schroeder-Lein’s book about the first doctor who treated Lincoln after Booth’s fatal shot at Ford Theatre. Charles Leale was a brand-new physician who had to accede Lincoln’s treatment to higher-ranking doctors during the night. Nonetheless, Leale didn’t leave the dying president. He stayed and held his hand.

Schroeder-Lein writes: “Although he assumed that Lincoln was blind and paralyzed, Leale also realized that in his coma Lincoln might still be able to hear or feel, so he wanted Lincoln to have the comfort of human contact.”

Ironically, after Lincoln died, physicians only autopsied his brain – the site of the fatal shot. If they had autopsied his entire body, Schroeder-Lein writes that we might know the answers to all of the questions discussed in her book.

Please, help me get some sleep