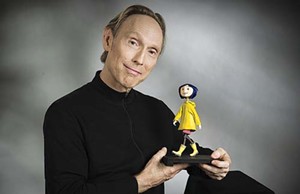 His colleagues claim that animator Henry Selick sports a “rock and roll meets Da Vinci temperament.” This is an apt description for the director of the cult classic, The Nightmare Before Christmas, as well as James and the Giant Peach and the underrated Brendan Fraser feature, Monkeybone. The filmmaker’s current work, an adaptation of the Neil Gaiman novella Coraline, proves to be his most ambitious undertaking. Tapping into fairy tale fears of parental abandonment, the book has a large following that is eagerly awaiting the film version of it.

While Gaiman’s story remains intact, Selick’s vision is obvious throughout, having created a kaleidoscopic world of delightful creatures and sights as well as personifications of our most primal terrors, all rendered through the magic of stop motion animation. When Selick was in Chicago recently to discuss the arduous process of making Coraline, I couldn’t resist asking him the meaning of a cryptic message (“For those in the know: Jerkwad.”) at the end of the film’s credits.

Chuck Koplinski: I realize I am not one of those in the know, but can you tell me what “Jerkwad” means?

Henry Selick (laughing): In the movie, Coraline is very angry when Wybie shows up to get that doll back and she’s chasing him, throwing her boots at him. I didn’t know what an insult that could be until the incident with President Bush having shoes thrown at him during his visit to Iraq. In Middle Eastern countries they’ll think Coraline is really angry! I just put words together to express her anger and came up with “jerkwad.” The people who put together Coraline.com were looking for a word they could use as a clue for an online contest, so there you have it, marketing breeds crass inspiration once more.

CK: There are so many different forms of animation at your disposal today. Why do you opt for the stop motion variety? What is it about this process that appeals to you as far as how you express yourself through your work?

Henry Selick: I’ve dabbled in live action films, 2D drawings and I worked at Disney during the first years of my career doing traditional animation, and stop motion is simply the one I like most. It has similarities to live action in that it’s all real stuff — real sets, real lights, real characters, except on a real movie you have one large army devoted to one set at a time. Instead, we divide and conquer and use many small groups working on different sets at the same time. I like the methodology of this and the culture of it. I like to manipulate something manually and then shoot the single frames. It is so gratifying when you see it all come to life when you play it back. At certain points, you want the film to be over but then you see these test shots and finished shots and you see the miracle of what this process produces. So, I just like everything about it.

CK: So how long did Coraline take?

Henry Selick: It took 20 months to shoot. We started with a very small group working on two small sets with a couple of characters. Eventually, we had 30 animators all working on their own separate sets, which is double the number I have ever worked with before. So, it was under two years to shoot but there was a very challenging year and a half prior to that with pre-production and two months of post-production. Now that doesn’t include the years when I first met Neil (the author of Coraline, Neil Gaiman) and the many drafts of the screenplay we hashed out.

CK: You’ve really made the story your own. The basic plot of the book is there, but you have just taken the story and run with it by fleshing out supporting characters and making the alternate world so inviting. It seems so nice, I’d have a hard time leaving!

Henry Selick: The way I sold myself as the screenwriter to Neil and our producer was that the book reads like a movie already. There’s really not that much for me to do, or so I believed naively at the time. But over the course of working on it, the story takes on a life of its own and I got good suggestions as well on how to structure it, such as making the other world gradually more appealing so it comes off as a slow seduction of Coraline. I ended up making the mistake of over-collaborating with Neil, checking in with him too many times, and in the end, the draft that resulted did not feel like a movie. So, at that point, I told him that I had to go off and do my own thing until I come out the other side. I felt as though I had to set it in America instead of England, though it still has English characters. I felt I had to set it in a town known for its Shakespeare festivals and then it started to turn into a movie. Neil was fantastic with all of this and I would talk to him sporadically, only when I had a large amount of work to show him. He was an incredible supporter of the changes and the life the movie took on.

CK: While the film is mostly stop motion, there are certain computer effects as well, mostly with reflections and ethereal things like mist. How are these two methods combined?

Henry Selick: We put together a list of the various sorts of natural effects we would need, like fire, rain, mist and we went to an outside effects house to see what it would cost to do them on computer. We got the bid on the work and it was so astronomical that we decided to build our own in-house computer team. But wherever possible we did things the old-fashioned way, meaning in camera shots or shooting them as separate elements and combining them. I wanted the film to be very atmospheric with wind and clouds moving and rain hitting windows and elements like that and almost all of them were done in camera. We literally attached wires to trees and moved them so you are bringing the whole set to life at times.

Computers are used to clean up the animation. You’ll notice that the expressions of the characters are very natural and the computer animation helps that seem effortless. For the foggy ground we shot the characters stuck in a lot of cotton. The computer manipulates that so it appears to be flowing and moving. Obviously, the ghost girls were computer-generated but it all flows together. In the end, it’s all about using whatever is at your disposal from all these different worlds of animation to create the world Coraline deserves. 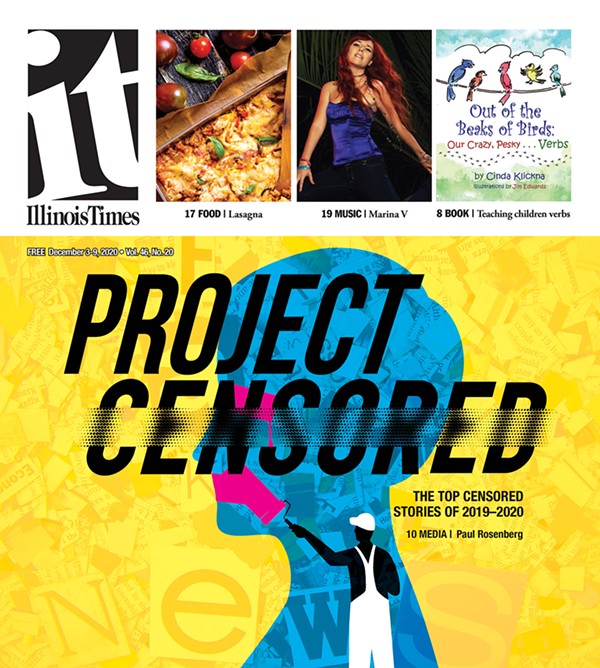