And for the rest of us

COURTESY WICHITA POLICE DEPT.
“Rooster,” left, was for years one of Wichita’s chronically homeless, until he was helped into recovery by the police department’s Homeless Outreach Team. Right, Office Nate Schwiethale with Fred Linker, formerly Rooster, now a s

When Nate Schwiethale joined the Wichita police force 17 years ago he was assigned to downtown, where he spent most of his time dealing with homeless people, who often had substance abuse problems, mental illness or both. He would arrest them for drinking or panhandling and send them off to jail. After a short stay they would be back on the streets and he would go through the same process all over again, winning high praise from his superiors for his arrest numbers, but slowly realizing the  ludicrousness of arresting the same people over and over again. “Sometimes I think law enforcement is mentally ill,” Schwiethale told his large audience at St. John’s Hospital’s Dove Center in Springfield last week.

When a man named Kenny was causing trouble, Schwiethale arrived on the scene and Kenny immediately seated himself in the back seat of the patrol car. “We’re going to jail ain’t we?” Kenny said, but the officer had something different in mind. With Kenny’s permission, Schwiethale took him to Housing First for a place to stay, then in time got him signed up to receive disability payments, drug treatment and counseling. This experience led to formation of Wichita’s Homeless Outreach Team (H.O.T.), based on programs that had worked in Colorado.

“You will NOT arrest your way out of homelessness,” Schwiethale said in Springfield. “Housing the homeless not only saves lives; it’s cheaper than doing nothing.” He said each chronically homeless person was costing Wichita $54,000 a year, considering police time, court fees, emergency services and medical costs. After five years of the H.O.T. program, 890 formerly homeless people have been transitioned to permanent housing and Wichita is saving $40,000 per homeless person per year. “Having a H.O.T. team doesn’t cost you anything, but it saves you money.”

It didn’t take much to convince the Springfield crowd that compassion works if you know what you’re doing, but something’s not working in Springfield. The amazing turnout of 200 included many caring people who already deal with the homeless on a regular basis – police, state’s attorney’s office staff, social workers, library staff, shelter workers, downtown interests, church people. “This could move downtown from helpless to hopeful,” said Lisa Clemmons-Stott, executive director of Downtown Springfield, Inc.

Last week’s forum grew out of conversations over the past two years during the Access to Health Initiative in the Enos Park neighborhood of Springfield. As the program sought ways to address systemic problems blocking access to care, Dr. Tracey Smith of SIU Family Medicine and head of the access initiative, began to discuss homelessness with the neighborhood’s community police officers, Matt Doss and Chris Jones. They, along with Enos Park’s alderman, Andrew Proctor, together asked, “What are other communities doing?” Once they discovered Wichita, Tracey Smith, along with Officers Jones and Doss, went off for training and came back excited about the well-oiled systematic approach at work in Kansas.

The H.O.T. program isn’t unique for offering compassion to the homeless, but for designating police as the first point of contact for a kinder, gentler approach. Police are usually the first ones called anyway when somebody is causing trouble or is down on a sidewalk. Why not have them follow through to connect the person in need to housing, health care, detox, social services? Also, police have “tools” social workers don’t – like the ability to walk into dangerous situations, and the ability to offer a tough-love “nudge,” like enforcing the city’s camping ordinance, to get a reluctant homeless person to accept help.

Wichita, a city of about 400,000, now has a homeless population of 571 – 142 per 100K. Springfield has 271 – 241 per 100K population. Wichita now has 39 considered “chronically homeless;” Springfield has 32. That’s four times more per capita than Wichita. Schweithale suggests Springfield needs to designate two officers for a Homeless Outreach Team, which would require only a reallocation of existing police department resources. He suggests private donors be enlisted to help with additional needs, like temporary housing. “Educate the public,” he said. “Instead of giving to panhandlers, give to organizations that are trying to help.”

Will rank-and-file beat cops accept special officers designated for homeless outreach? “We take the calls they don’t want to take,” offered Schweithale. After street cops took the fourth call in one day for a particularly unruly man, the homeless outreach police officer was finally called to the scene. “Hey, I’ve been looking for you,” the now-calm troublemaker greeted his friend. Schweithale: “Slowly this will change the mindset of officers.”

Schweithale brought plenty of success stories from Wichita. He showed pictures of Gordy, a chronic drunk who went through a substance abuse program and got housing through Section 8, with the help of the Homeless Outreach Team. Now he works full time as a stocker for the liquor store he used to patronize. “Rooster,” another chronic problem, was loaded into a squad car for the umpteenth time. If he’d ever get sober and change, Schweithale told Rooster, he’d buy him a steak dinner. “Medium rare!” came the reply from the back seat. The final slide in that series shows the two, months later, having dinner together. You can guess the menu. 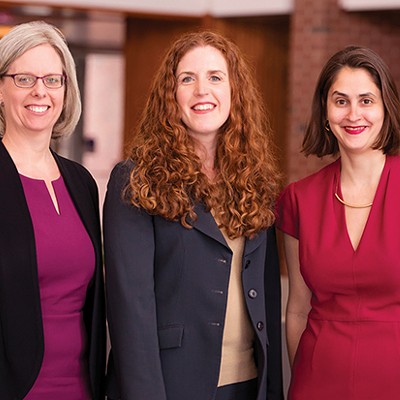