Bills awaiting Pritzker signature would expand offenses that can be investigated 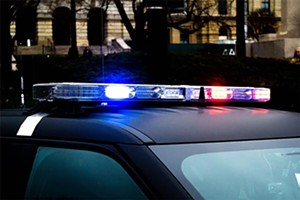 A pair of bills on Gov. JB Pritzker's desk would expand a state roadway camera monitoring program to 21 additional counties while also expanding the number of crimes the cameras can be used to investigate and the number of parties that can prosecute them.

The measures – House Bill 260 and House Bill 4481 – were among 80 bills that cleared the General Assembly in the final 24-hour stretch of a legislative session in which Democrats looked to bolster their voting records on crime.

They expand a pilot program that directs the Illinois Department of Transportation, the Illinois State Police and the Illinois Toll Highway Authority to increase the number of cameras on state roads through funding from the state's Road Fund. The underlying program was launched in 2020 in response to expressway shootings. ISP has recorded 580 such shootings since 2019, including 72 this year.

In February, Pritzker appeared alongside ISP Director Brendan Kelly to publicize more than 20 arrests related to expressway crime due to an increased law enforcement focus. But Melaney Arnold, an ISP spokesperson, said this week the department was unable to quantify the number of crimes solved by expressway cameras due to the number of open investigations and pending charges.

"Since installation of (automatic license plate readers) in the Chicago area, our investigators in Cook County have used ALPRs, in addition to other information and evidence, as part of every investigation," she said in an email.

The bills received the backing of ISP, the state's attorney general and broad majorities in the legislature.

But civil liberties advocates and lawmakers from each party aired concerns about potential misuse of the cameras, a lack of clarity regarding how camera placements will be chosen, and that an individual would be prohibited from accessing their own camera footage via the Freedom of Information Act.

"Although these tools can provide some public benefit, the risk is that they're susceptible to abuse and have a chilling effect on public life," Sen. Jason Barickman, R-Bloomington, said in an interview.

It's a concern that Rep. Ann Williams, a Chicago Democrat and House sponsor of HB 260, said she considered when carrying the bill.

"Historically, I've been one to be very concerned about ensuring that we don't surveil society – that should not be our law enforcement approach," she said in an interview. "But targeted use of cameras that are limited in use and narrow in scope, ...it's about violent crimes that concern people every day, and the way to hopefully address those."

The measures amend the 2020 Expressway Camera Act, which has led to the placement of about 100 license plate-reading cameras on the Dan Ryan expressway in Chicago through a $12.5 million IDOT grant. A second phase funded by that grant would add hundreds more on other Cook County roads.

It's a program currently focused on automatic license plate readers, which monitor a car's rear license plate and send the information to a central location to be analyzed by software that allows law enforcement to place a vehicle at the scene of an expressway crime, according to ISP.

Kelly told lawmakers in March that criminals choose expressways because they make escape easier, partially because there are fewer cameras to capture identifying features and it's more difficult to track down witnesses. The expressway camera program is a way to counteract those disadvantages for law enforcement, he said.

The pilot program is scheduled to expire in July 2023 but would be extended through June 2025 under the measures awaiting Pritzker's signature.

One of those measures, HB 4481, would also expand it to state highways and expressways in the counties of Boone, Bureau, Champaign, DeKalb, DuPage, Grundy, Henry, Kane, Kendall, Lake, LaSalle, Macon, Madison, McHenry, Morgan, Peoria, Rock Island, Sangamon, St. Clair, Will and Winnebago. It passed 95-10 in the House and 48-5 in the Senate.

The budget signed this month by Pritzker includes $20 million from the state Road Fund for the expansion.

While an added 6,300 miles of roadway – on top of about 230 miles under current law – would be eligible for cameras under the program, the new legislation contains no guidance for which roadways would receive them.