SPRINGFIELD — The interim director of the Illinois Board of Higher Education is hopeful a combination of added infrastructure and operations funding for state universities and colleges will help entice Illinois students to remain in the state for their college education.

The cause of the optimism is state budget action which provided $154 million in new operations funding and $3.2 billion in new or reappropriated infrastructure funding to higher education.

“Obviously, the universities are very happy. This will help take both the fiscal pressure off of them and help the universities and community colleges look more attractive,” said Nyle Robinson, interim IBHE executive director.

Earlier this year, the IBHE reported that 48.4 percent of Illinois public high school graduates that enrolled in a four-year institution in 2017 chose an out-of-state school.

He also said an increase of $50 million to Monetary Award Program grants for low-income students would be particularly helpful in making college more affordable. The MAP grant program receives $451.3 million in funding in the budget – a number Eric Zarnikow, executive director of the Illinois Student Assistance Commission, said is the largest single-year appropriation that program has ever received.

“It’s going to allow ISAC to serve more students and make up some of the purchasing power that the program has lost over the years,” he said in a statement. “Overall, this budget for higher education is going to make college possible for more Illinois students.”

Robinson said universities from other states were able to lure Illinois students away by offering better financial aid, but the increase to MAP grants should help begin to counteract that trend. He added that AIM High grants, which provide merit-based scholarships for Illinois students, will see $10 million in added funding, bringing the total funding to $35 million.

“That program is just getting underway, but universities report that it is changing the perception, people are looking at our public universities again like they weren't before,” Robinson said.

Higher education will be among the beneficiaries of a new $45 billion capital infrastructure plan as well. Democratic Gov. J.B. Pritzker signed the six-year program into law last week, providing funding through sale of bonds and new revenues generated by an increase to the motor fuel tax and a massive gambling expansion among other measures.

Higher education will receive a $3.2 billion portion of that money to pay for 72 projects at four-year institutions and 91 at community colleges.

Robinson said capital expenditures of this magnitude have been “almost nonexistent” since 2004, leading several campus buildings to slip into dilapidation across the state.

“One aspect of attracting students back to Illinois is when they see that the state is taking higher education seriously over an extended period of time,” he said. “When facilities start to run down and you go to other states and the facilities look shinier, Illinois is less attractive. So being able to have a capital plan which lasts six years, maybe longer, will definitely help.”

Community colleges will see $744 million in capital funding, while private colleges and universities will see a total of $400 million.

In overall operations funding, community colleges, colleges and universities will see increases of about 5 percent, with $54 million in added funding for state four-year institutions. Robinson said this could help universities stave off tuition increases.

“There's reason to believe that now universities will have a better shot at holding down their tuitions with this 5 percent increase (in operations funding),” he said. “There's a great desire to do so. They'll be able to maintain the services that students need, perhaps enhance them more, become more attractive in those other ways that are a little less visible to the public as well.”

The budget also includes $1 million for the “Grow Your Own” program, which encourages Illinois parents and others connected to schools to become teachers in the state. The Illinois Math and Science Academy will see a 3 percent funding increase of $552,000 as well.

Community college funding will be increased by 5 percent, or $13.9 million, for operating grants and the adult education system. 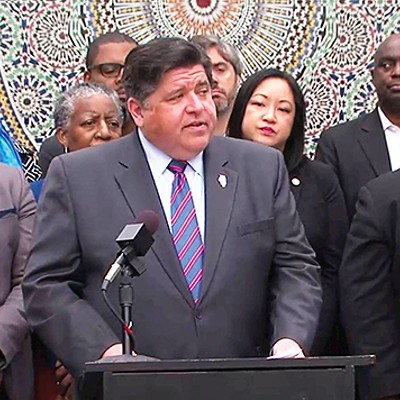 Illinois is ‘one big pothole’