Advocates urge families to get coverage before enrollment closes 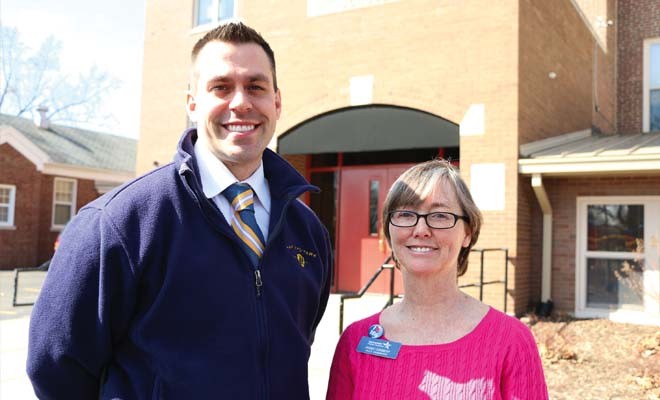 A national deadline to enroll in health insurance looms at the end of March, and Springfield Public Schools are urging families in the district to get covered.

The health insurance marketplace features insurance plans from private companies, and each plan has been vetted to meet certain standards of coverage. The marketplace is aimed at people who don’t receive insurance through employment and those who couldn’t otherwise afford insurance. Financial assistance is available for individuals and families below a certain income threshold, and the federal government expanded Medicaid coverage to encompass adults who make less than 138 percent of the federal poverty level.

James Hayes is principal at Harvard Park Elementary School in Springfield. The school hosted a “Get Covered America” event on March 22, in which families could visit the school to learn about available insurance plans and possible financial assistance. Hayes says holding a health insurance enrollment event at the school made sense.

“From the school’s standpoint, our goal is to get kids in school; we can’t teach them if they’re not here,” he said. “And we also know a lot of our parents don’t have access to health care. They look to Harvard Park as kind of a beacon for good information. Most of the time they come here, it’s for great events, it’s for good information. So we opened up our doors and said, ‘Hey, trust us. We’ve got some great information that will only help you get access to the medical care that we know is so important for our students.’ ”

Delilah Nelson, program manager for the Family Guidance Center in Springfield, says seeking health insurance can be confusing because of all the terms and conditions of a given plan. That’s why the federal health reforms created what are known as “navigators” – people certified through the state to interpret the provisions of health insurance plans and help buyers choose the right plan. Nelson says her organization has 10 such navigators available for free, and several other organizations in Springfield also offer navigators.

These events have been extremely successful,” Rowney said. “There have been people literally in tears that they’re getting insurance. You go to these events and hear these incredible stories of people who haven’t been insured in 10 years or people who haven’t been going to the doctor because they’re afraid they can’t afford it. They’re thrilled to finally go to a doctor. It’s been really eye-opening at these events to see what people have been going through.”

Peggy Cormeny, family and community engagement coordinator for the school district, says the district partnered with Enroll America because health care is a concern for many families in Springfield.

“We have a population that may not have health care,” Cormeny said. “We just want to connect people with community resources, and we feel this is important because academics is really important, but if you’re not healthy, you can’t get to the academics.”

“I can tell you of tons of local residents who are so amazed when they come through; they’re so excited and they’re so happy,” Cross said. “There’s just a lot of noise out there. If millions of people were being hurt by the marketplace, you would hear about it everywhere. As humans, we have a bit of difficulty with change, but we’ve been in contact with so many people, and I ask them afterward, ‘How was it? How was the process?’ They always say it was easy, it was fast, and they got an affordable plan. This is lifesaving.”

What you need to know:

• March 31 is the deadline to buy health insurance through the marketplace, which features financial assistance and comparisons of private insurance plans.

• Failure to purchase insurance may result in a federal tax penalty.

• When seeking help from a navigator, bring a photo ID, social security number, and proof of income if employed.