Nick and Patsy, teenage sweethearts, hadn’t seen each other for 40 years 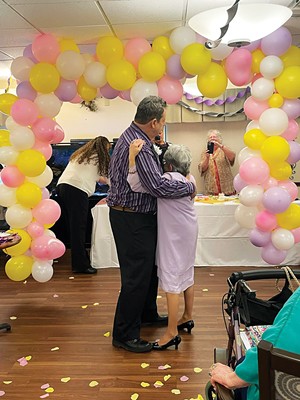 The two met in Springfield in the late 1970s when Patsy was working at Orange Julius in White Oaks Mall. "I would go in and flirt with her," Nick says, reminiscing about their early days. "I sat right in front of the store and would offer to drive her home. After about two months of this, she finally said 'yes' and we started dating and ... " he pauses, smiling, "doing what teenagers did. Later, she got a job with the state and I kept giving her rides home. We hit it off real good."

One night on that ride home, though, they had an argument. Nick pulled to a stop and, as they continued talking, Patsy got out. The car slipped out of gear, rolled forward and hit her. After her hospital stay, Patsy says, "My mother forbid me to see him again. I was living at home and I had to follow her rules."

They reluctantly quit seeing each other, married other people and had families, but Patsy never got over him.

Patsy's marriage ended in divorce. Nick's marriage ended a few years ago when his wife died. That was hard enough, but then two other dear people in Nick's life, his mother and his best friend, also died within a few months. Anger and grief sent Nick into deep despair and depression. It was an extremely difficult time.

"I thought my life was over," he says, admitting he prayed fervently that God would put someone in his life to love again. Eventually, Nick's brother-in-law suggested he downsize his New Berlin house and move into an independent living center. They decided on Brenden Gardens.

The very day he walked through the south door of his new home, Nick saw a familiar face. Actually, not just a familiar face. Nick, at six-foot-one, also recognized the stature of a petite but feisty four-foot-six-inch-tall Patsy sitting in the lobby. "Are you Patsy?," he asked. "Yes," she answered cautiously. "I wanted to make sure it was him before making a fool of myself if he was married. And I didn't remember him being that tall!"

The conversation ended there, but she decided to find his room and look at his nameplate to make sure. "I went up and down the halls looking for his door." When she finally found it, the tag said, "Nick and Makenzie." Married, she thought, and sat down nearby to watch for them.

When Nick came down the hall alone, they finally spoke with each other and he answered her question. "Makenzie is my cat."

Reunited at last, they talked for hours, admitted they had both made mistakes, turned the calendar back 40 years, became inseparable, moved in together a month later, and were married soon after by a retired pastor also living in Brenden Gardens. Now, Nick says, "We're together. We're happy. We get along."

The staff loves the story and the change in Nick. "Nick has changed a lot," says Christine Brimer, interim executive director. "Before he came to Brenden Gardens, he was so depressed. His brother-in-law wanted to get him into a community where he would eat, take his medications, and become friends with people. And that's exactly what happened."

One morning at breakfast before Nick and Patsy really got together, describes marketing director Kathy Chastain, Nick said, "You guys are my family." Shortly after that, she says, "It really was a whirlwind with Patsy." Now she is his family.

They take care of each other, go shopping, and attend the Baptist church where Nick was also recently baptized. They love life together. "I told him when I first met him," says Patsy, "I'm going to marry you some day."

Nick calls this their miracle. "There is a God, and God listened to me and put her in front of me, into my life, to show me there is love I can share with another person. Every day I wake up and thank God for Patsy and what we can do for each other. We encourage each other, help each other, go out together. We have a good time. We don't worry about anything. Patsy is one of a kind."

"When I saw him, I thought, 'Finally maybe I'll get my wish. I've always loved him. He's kind, gentle, and caring," says Patsy.

They don't consider those years apart wasted. "Those years made me grow up," says Patsy. "Both of us were jealous," says Nick. "[And] neither of us could leave our families. Separating was the best move possible."

Any advice for others? "Never give up," Nick says. "Never give up when you're looking for love. There's always someone there for you. If you're lonely, keep your faith. There's someone for everyone. Don't give up."

"Patience," says Patsy, who waited and watched for 40 years for the love of her life to return. And he did.

DiAnne Crown of Springfield is a faithful freelancer for Illinois Times.

A steady diet of encouragement 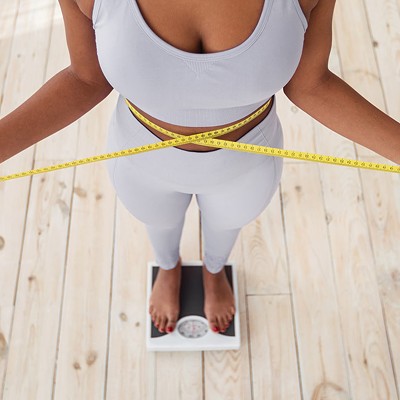 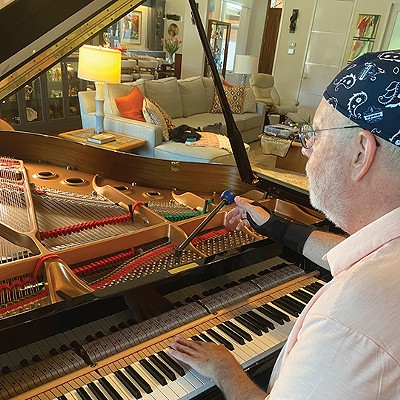 A steady diet of encouragement 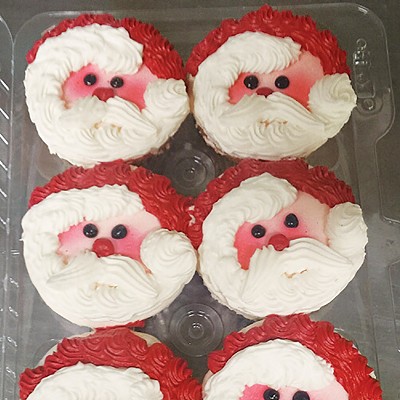 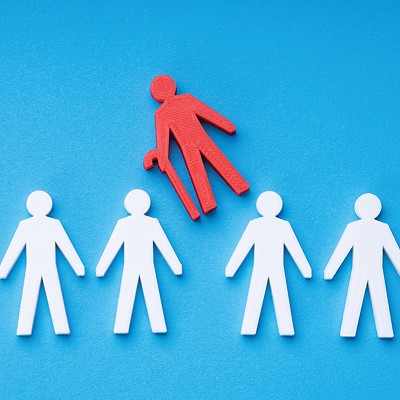 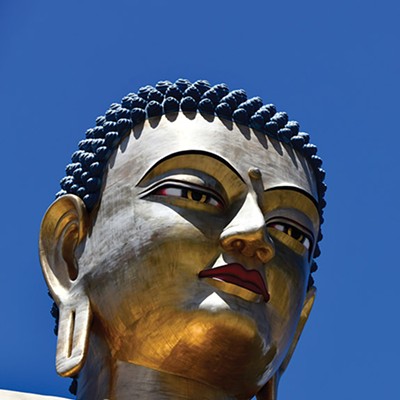 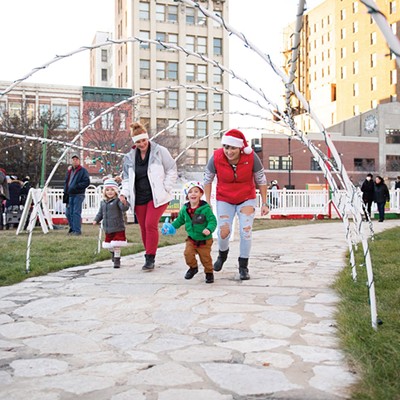