Four hundred years ago "guy" referred to an arch-villain; today the word has come into common usage: "hey, guy," "that guy" and "you guys."

Allan Metcalf, retired professor of English at MacMurray College, traces the story of Guy Fawkes and the evolution of the word "guy" through the centuries to its use as a second-person pronoun. Metcalf outlines the changes in a slim book titled, The Life of Guy: Guy Fawkes the Gunpowder Plot and the Unlikely History of an Indispensable Word. Metcalf served as executive secretary of the American Dialect Society and is a forensic linguist. He is experienced writing about words. Previous books include America in so Many Words, Predicting New Words and OK, the Improbable Story of America's Greatest Word.

Guy Fawkes was one of 13 conspirators who were angered that King James I had not restored the Catholic faith when he was crowned in 1603. On Nov. 5, 1605, the king was scheduled to open Parliament in the House of Lords. The conspirators planned to blow up 36 barrels of gunpowder they had hidden under the House of Lords chamber.

Metcalf condenses the history of centuries of religious conflicts into a succinct understanding of the overarching issues that drove emotions and actions in the pursuit of religion. Henry VIII broke from the Catholic Church in which the Pope was superior. He established, as the alternative, the Church of England with the king as superior. Over centuries, Catholic and Protestant factions plotted against each other and fought in bloody contests of will. With changes in rulers often came changes in the religion of favor, leaving those in opposition fearful.

Fawkes, who went by John Johnson, had fought for the English Regiment of the Catholic Spanish Brigade in 1603 and learned the technique of blowing up fortifications with gunpowder. Recruited into the plot, he was "hired" as a caretaker for a home next to the grounds near the House of Lords. For more than a year the men dug holes and hid barrels surreptitiously. Ultimately the plot was foiled the night before the planned explosion that had been scheduled for Nov. 5, 1605. Fawkes was the one arrested.

Guy Fawkes Day (also called Gunpower Treason Day) became a national celebration on each Nov. 5 with effigies of Guy Fawkes, immense bonfires, food and fireworks. Children collected "pennies for the Guy" to pay for effigies. Even William Bradford, governor of the Plymouth Colony, recorded a Guy Fawkes Day in 1623. The holiday eventually phased out in the United States by the mid-19th century.

So, how did "guy" change into the use it has today? Metcalf explains the evolution of language. At one time "thou" and "thee" were used to address servants or the lower class. "You" was used to address a superior. By the 16th century "thou" started to go out of use. "You" took over and "thou" was meant as an insult, although "thee" and "thou" continued to be used by the Quakers and in some songs, such as "America" ("My country 'tis of thee"). "You," then as now, was used for both singular and plural references.

Eventually, "guy" took over, first often referring to the villain Fawkes, but also generically meaning a man. "Guy" showed up in literature. Examples included Louisa May Alcott, "she made a regular guy of herself" (describing a girl who dressed as a man) and Bret Harte, "you do so look like guys" (a girl describing men in ragged clothes).

"Guy" became both singular and plural and today, "you guys" is common and gender-neutral since it can address both men and women.

"A hated name has turned into a benign word most of us use," Metcalf says.

Cinda Ackerman Klickna has known Allan Metcalf for many years and has reviewed many of his books. She often shared information from his books in her English classes to help students understand our language. 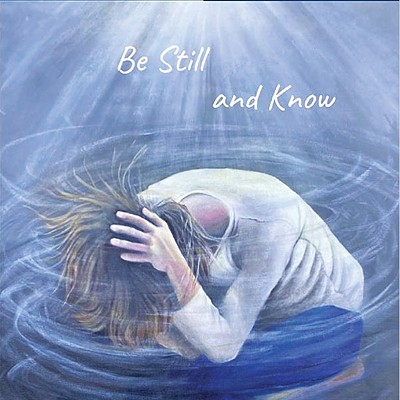 How did these women get this way?