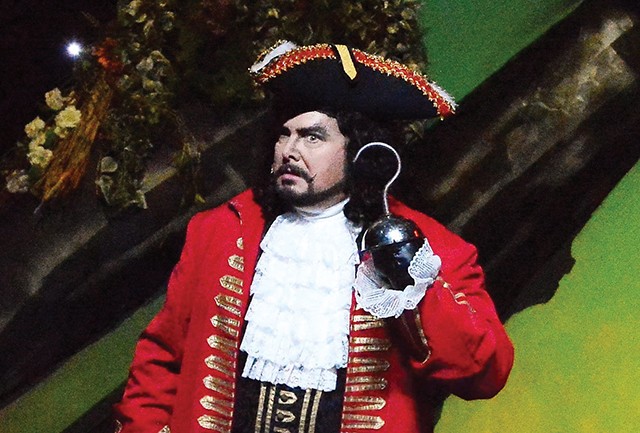 It’s hard to imagine what theater life would be like in this town without the endearing and enduring work of Gus Gordon. Gus has done it all and keeps doing it year after year. From his extensive reach as executive director of the Hoogland Center for the Arts, he’s responsible for keeping the lights on, as well as keeping things happening on stage in the broadest reaching venue in town. He was there from the beginning in helping establish the center in 2003, performing and producing Forever Plaid as one of the first shows presented there.

He’s been integrally involved ever since, coming on in 2007 as part-time artistic director while working with then-director Fred Jarosz to help rid the HCFTA of debt and become solvent through intense fundraising. He then transitioned into a full-time AD position before taking over as executive director in 2013. Gus now handily guides the whole shebang with able assistance from assistant director Vanessa Ferguson and education director Matthew Vala, the HCFTA board and others. From working with the various tenants to dealing with all the issues involved in the myriad of performances, rehearsals, meetings and whatever else that rolls through doors of the Hoogland, there’s a lot to consider as director.
As soon as he moved to Springfield to become chief meteorologist at the local TV station nearly three decades ago, Gus became involved in area theater production and has never looked back. By now his stage resume includes performances at The Muni, Springfield Theatre Centre, Theatre in the Park at Lincoln’s New Salem, Lincoln Land Community College, The Little Theatre on the Square in Sullivan, the Jacksonville Symphony and the Illinois Symphony Orchestra, portraying many of the most popular characters in modern musical theater.

Our readers have voted Gus as the “Best” on several occasions over the decades, including last year for his portrayal of Daddy Warbucks in the Muni’s production of Annie and as our town’s Unsung Hero. In 2019, by again taking two awards, Gus aptly portrays how he can wear two (or more) hats at a time and look quite dashing while doing so. What’s left for the amazing guy to do? Most likely is for him to keep the Hoogland running smoothly and taking part in whatever music productions he so chooses for years to come, while we all reap the benefits of his longevity, talent, dedication and production.