The Luzhin Defense (a/k/a the extravagantly talented Rogers brothers of Springfield) modestly describe their output as “an oddly familiar landscape of pop music.”
click to enlarge

When Brandon Carnes (owner-operator of Southtown Recording Studio, drummer for Looming, frontman of Big Storm and guitarist for The Timmys, probably other stuff as well) ducks into a phone booth he emerges as FUCK///MOUNTAIN, creating more galvanizing sound than any one person should be able to summon.
All three of these fascinating artists are playing at Bar None tonight starting at 9 P.M.
Now you know – and it’s not our fault if you miss out. 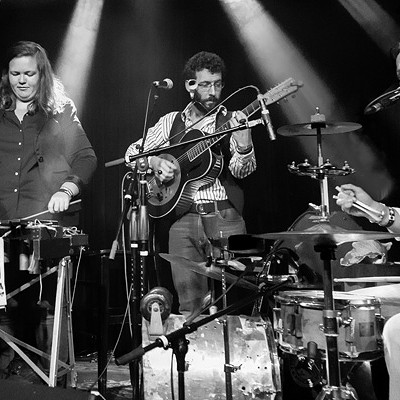