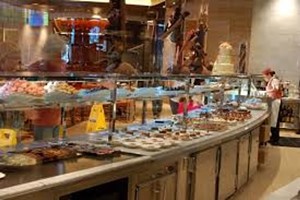 Editor's note: One of Scott Reeder's most requested columns is this one on the meaning of Thanksgiving. It has become an annual tradition to share it with readers.

There is no place more miserable to be on Thanksgiving Day than in a buffet line in a Las Vegas casino.

Trust me. I've been there.

Back when I was single and a reporter for the Las Vegas Sun, I found myself new in town and alone on the holiday in the middle of Sin City. So, I spent an hour-and-a-half standing in line at the Texas Station Casino waiting for a helping of turkey and dressing.

I found myself talking to the others in line. We were each in the same gravy boat, newcomers to town who were dining alone. We regaled each other with stories of happier Thanksgivings that didn't have slot machines ringing in the background.

For me, those happier times were on a farm south of Galesburg munching on turkey and pumpkin pie and quizzing my mother about why we couldn't have ham instead of turkey. She would patiently explain that turkey was what was served on the holiday.

And I in my adolescent angst would say, "But, Mom, we're hog farmers. Shouldn't we have loyalty?"

At this point she'd put a dollop of mashed potatoes on my plate in hopes of filling my mouth with spuds rather than questions.

Thanksgiving is about family.

We lost my mother nine years ago to breast cancer. And we miss her.

But oddly enough, it was Thanksgiving and cancer that opened a door in my life that I never expected.

Back in 2001, my mother was scheduled for a partial mastectomy the week after Thanksgiving. I was afraid. A bit lost. I didn't want to lose her. And I didn't feel like I had much to be thankful for.

A friend, seeing that I was down in the dumps, set me up on a blind date – three days before Thanksgiving.

I didn't know what to expect, but life was raw back then. We arranged to meet at a local restaurant – Chili's. I wasn't trying to impress.

The woman, who had just graduated from veterinary school, had kind brown eyes and an easy smile. Her mom had breast cancer, too.

The conversation didn't revolve around the usual first date superficial small talk. We talked about what is really important: Family.

Five hours later, the restaurant manager asked us to leave – it was closing time. Five weeks later, we were engaged to be married. We now have three daughters.

Sometimes love just sneaks up on you. It was the last thing I expected, 21 years ago this week.

But one thing I learned that week of Thanksgiving: There is always something to be thankful for.