For individuals, the cost is mental, not just financial 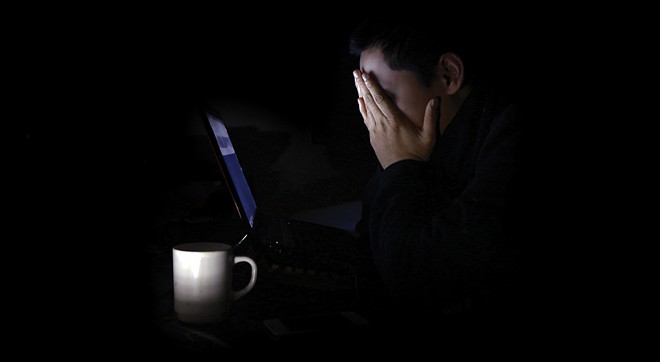 Gambling addiction can cost people massive amounts of debt and disrupt relationships and careers. But it's not as identifiable as substance addictions, according to Mercedes Kent. "It's not a matter of willpower," she said. "This is a brain disease." Kent is a treatment provider and supervisor at Gateway Foundation, which runs addiction treatment centers, including one in Springfield. Gambling expansion is a moneymaker for the state, but as it expands, so do the rates of gambling disorders, Kent said.

Kent spoke as part of a recent weeklong series, hosted by Gateway, addressing gambling addiction throughout Illinois. Speakers included public health and addiction treatment professionals and various lawmakers, both Democratic and Republican. Many agree that while gambling taxes bring in revenue Illinois sorely needs, the state has an obligation to help people who suffer as a result.

The symptoms of gambling addiction are similar to substance use disorders, said Kent. As tolerance builds, some people feel the need to spend more time and money gambling. People with a gambling addiction can suffer withdrawal symptoms, similar to other addictions. Treatment also can be similar – swapping bad habits for healthy ones, focusing on self-care and identifying and avoiding triggering environments.

But identifying the disease is harder because there are no clear physical symptoms from a gambling addiction. Stigma also affects the willingness of municipalities to pay for treatment, according to Kent. Some believe addictive gambling is different from substance abuse. "Once the high from the gambling has started, the brain makes chemical changes that affect the way a person behaves, thinks and acts," said Kent. This makes "problem gambling" a disease, not a choice.

State Sen. Kimberly Lightford, D-Maywood, and others have said more awareness and education around gambling addiction is needed. During a Gateway panel discussion in March, for "Problem Gambling Awareness Month," she said the state has a responsibility to put the needed resources into prevention and recovery services.

State Sen. Patrick Windhorst, R-Metropolis, said treatment options for more commonly recognized addictions are already scarce in the district he represents. Gambling addiction services are even harder to come by, so "we need to make sure we are expanding those efforts – prevention and treatment," he said.

A 2019 law allowed construction of six more Illinois casinos, one of which will be in Rockford. Municipalities receive 5% of revenue generated by video gaming terminals in Illinois. The terminals are located at places like bars and restaurants. But since the pandemic, revenue projections dropped drastically.

Meanwhile, online sports betting has become a popular gambling option in Illinois. Gov. JB Pritzker signed an executive order last year allowing gamblers to sign up online during the pandemic. Traditionally, both online and in-person gamblers are required to register at a casino or racetrack with a photo ID. Some argue ending the executive order and requiring in-person registration again is an economic mistake.

Problem gambling is often diagnosed as a comorbid condition, meaning it is diagnosed with other disorders such as depression, anxiety or personality disorders. "The thing is we want to treat them concurrently," Kent said. "They do play off of each other," so holistically treating a patient is important, she said.

Last November, Pritzker launched a $500,000 gambling study to research addiction. Surveys and a literature review were conducted, along with the design of a pilot gambling treatment program. As a result of the effort, Gateway established a youth treatment group and has screened more than 4,000 people for problem gambling, said Kent. A report on the survey and pilot program is expected to be completed and published this year.