Freedom of Information should include judicial branch 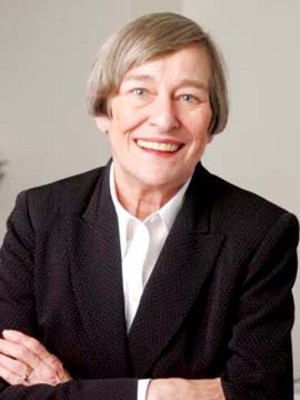 Chicago Democrat Rep. Barbara Flynn Currie.
For reporters, the Illinois Freedom of Information Act is both a helpful tool and a stumbling block. It grants access to governmental records and allows the public to hold accountable those who run our communities and our state, but it also lets certain governmental entities escape the public eye by hiding behind exemptions and technicalities.
The Illinois court system holds an enormous amount of unchecked power in this area, exempting themselves from public disclosure because, in the words of the Third District Appellate Court, “The lack of any reference to the courts or judiciary (in the Freedom of Information Act) must be taken as an intent to exclude the judiciary from the disclosure requirements of the Act.” (See Copley Press, Inc. v. Administrative Office of the Courts, 271 Ill. App. 3d 548.)
Recently, Sangamon County Court Services used this inferred exemption to withhold records that would prove or disprove allegations of violence by guards against a juvenile delinquent at the Sangamon County Juvenile Center. Because the detention center is managed by Court Services, it is deemed a judicial body, and therefore not subject to FOIA. Audio, video and written records in the case are being withheld from public view simply because the facility is tangentially related to a court. [See “Guards allegedly beat inmate in Sangamon Juvenile Center,” Aug. 26.] Attorney General Lisa Madigan’s office upheld the county’s decision on appeal, citing the Copley case as a precedent.
How hard did the appellate court in the Copley case work to figure out the legislature’s intent in passing the Freedom of Information Act? A search of the General Assembly’s debate transcripts yields clues that seem to contradict the court’s assertion. On May 25, 1983, during discussion in the Illinois House of Representatives regarding House Bill 234 – the state’s first official iteration of FOIA – former Republican Rep. Robert Piel of South Holland asked the bill’s sponsor, Chicago Democrat Rep. Barbara Flynn Currie, the following question about the proposed law: “In state government, Representative Currie, what areas would be exempt? What departments? What areas would be exempt under this bill?”
Currie replied, “There are no departments exempt under this bill … Every agency in state government is covered by the provisions of House Bill 234.” If the legislature did intend to exclude the judiciary, wouldn’t Currie have used that opportunity to say so?
Consider also Currie’s answer to a question from former Republican state Rep. Dwight Friedrich of Centralia during the same session: “All I can tell you, Representative Friedrich, is that any public agency, public body in the State of Illinois will be subject to the provisions of House Bill 234 if and when it becomes law.”
Friedrich then asked if the Supreme Court is a public body, to which Currie replied that they seem to be covered under the State Records Act. That law seems to apply specifically to the executive branch, but it has the same underlying principle as FOIA – to open governmental records to the public eye.
During the debate, Friedrich was clear and adamant about the court’s duty under FOIA: “The court has consistently stated that (it) was not a public body. … I just want to get it on the record, if this thing passes, that at least it was the intent of the Legislature that they be subject to investigation and audit just the same as everybody else. …”
The current version of the Freedom of Information Act says, “…[I]t is the public policy of the State of Illinois that access by all persons to public records promotes the transparency and accountability of public bodies at all levels of government.” Allowing the judicial branch to excuse itself from public view subverts transparency and accountability. It’s time for that to change.
Contact Patrick Yeagle at pyeagle@illinoistimes.com.
To read the House debate on the FOIA bill, click here. Quotes used in the article are from pages 188-189 and 191.

Patrick Yeagle started writing for Illinois Times in September 2009. Originally from Farmer City, Ill., he graduated from Northern Illinois University in 2008 with a bachelor's degree in political science and a second major in journalism. He then graduated from the University of Illinois-Springfield in 2009 with...
Read More about Patrick Yeagle

Ruminations atop the impeachment toboggan hill