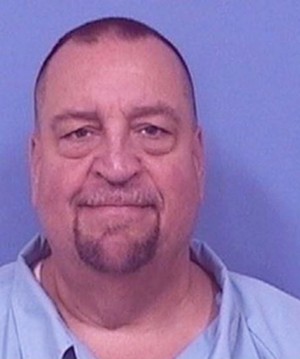 If he was, he wouldn't be locked up at Taylorville Correctional Center, serving 15 years on his third cocaine conviction. He'll be paroled in September, if he's still alive.

That Dean, 59, isn't dead is something of a miracle, according to testimony in a recent trial that ended with him winning $11 million from Wexford Health Sources, the company that holds a $1.36 billion contract to provide health care in state prisons, and company employees.

"I'm surprised he made it out of the hospital," testified Dr. William Severino, a urologist who was part of a team that operated on Dean in the summer of 2016. "I'm even more impressed that he's still alive today after that."

Dean started peeing blood in December 2015. It's either kidney stones or cancer, a Wexford doctor told him. Under Wexford's flat-rate contract with the state, health care costs eat profit, and the way Wexford does business, almost any care outside prison walls requires approval from corporate headquarters in Pittsburgh. And so Dean waited and worried, passing blood and clots resembling gummy worms while Wexford dithered. After four months, he saw a urologist, who confirmed the worst: He had cancer.

Without surgery, he'd be dead before his sentence expired. He had a 50-50 shot of surviving an operation that might prolong his life long enough so he could die at home. He's been married for 40 years. His daughter-in-law is pregnant with his first grandchild.

"I've seen people die at Taylorville Correctional Center," Dean told the jury. "They don't treat them good. They don't do nothing for them. They yell at them. If they defecate themselves, they scream, 'You gotta clean that up.' On your last days, they separate them from everybody and they – I guess do whatever they do until he dies."

Seven months after blood showed up in his urine, Dean was wheeled into a Memorial Medical Center operating room. Cancer had migrated beyond a kidney. Surgeons reduced his body temperature, cracked open his chest, stopped his heart, drained the blood from his body, then scraped tumors from his inferior vena cava, the vein that returns blood to the heart from the lower body. The cancer was within two inches of his heart and also had spread to his liver, lungs and lymph nodes. After nine hours of surgery, he awoke shackled to a hospital bed.

"He had no blood flow to his brain for a half an hour, or whatever," Severino testified. "The fact that he wakes up and talks to you, that's impressive."

Two months after surgery, Dean saw an oncologist outside prison who prescribed Votrient, a chemotherapy drug, in the fall of 2016. One month later, Dean got his first dose. Votrient costs $15,000 a month. Approval from Pittsburgh was needed.

Emails show that Wexford officials discussed palliative care. "Everyone knows that the man wants to get out of jail and wants to be alive when he gets out of jail, that he's willing to go through anything," Craig Martin, Dean's lawyer, told the jury. "(W)hy would they be talking about hospice care and in the next email palliative care instead of using chemotherapy?"

Votrient stopped working after a few months. Dean says a doctor and nurse, both employed by Wexford, summoned him for a visit.

Later that day, Dean saw an oncologist outside prison and told him what the nurse and doctor had said. "And he said 'No, there's many other treatments we can try – this isn't the end of the line: I need to know, would you like to proceed with care?'" Dean testified. "And I says, 'I want to do whatever I got to do to survive. I gotta get out of prison.'" He's been on other drugs, also expensive, for more than two years, hoping they'll keep cancer in check until his release date.

No one can say how long Dean will live, and no one can know whether his cancer was terminal from the start. But the jury, apparently outraged, awarded $10 million in punitive damages, substantially less than the $10,000 the state paid to settle its portion of the case.

Forget Dean's debt to society. At this point, the state owes him. The Illinois Department of Corrections, thanks to lawsuits and an injunction and a consent decree and court-appointed experts, has long known that no one should put a dog in Wexford's care. In 2017, Florida canceled the company's contract after finding mentally ill inmates weren't getting medication. In Illinois, experts picked by judges twice since 2014 have found that getting clearance from Pittsburgh takes too long.

And so free William Dean. Letting him go home nine months early isn't going to hurt anyone. Thanks to the jury verdict, he can afford health care so neither Wexford nor the state would have to pay. That should resonate. By all appearances, saving money is the only thing that matters to folks who run our prisons.