A grand jury in Springfield indicted Chris Schaller, 46, on six counts of wire fraud last September, but the indictment was kept under seal for months while Schaller and the U.S. attorney’s office attempted to resolve the case, according to court documents.

After a half-dozen continuances, those efforts appear to have failed, and so the indictment was unsealed last month. Schaller, whose ads were once a staple on Springfield radio stations as well as in the city’s daily newspaper, entered a not guilty plea. His lawyer last week filed a motion stating that his client, wishing to alleviate the need for a trial, will change his plea in a hearing set for July 27.

Samuel Zabek, Schaller's attorney, could not be reached for comment. 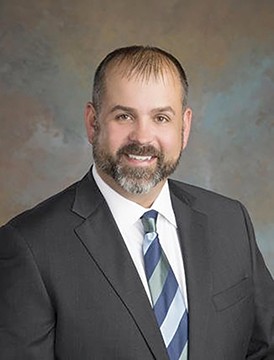 Schaller’s former employer, Diamond Residential Mortgage, paid him commissions and bonuses based on the number of mortgages he closed, prosecutors say, and so Schaller closed as many loans as possible. When a woman who wanted to buy a house in Riverton told him that she received child support checks sporadically, Schaller created fake checks using canceled checks from one of his employee’s bank accounts, then included copies of the phony checks in the loan file to make it appear the woman had regularly been receiving $850 a month in child support. The woman got a mortgage. When someone else wanted to buy a Springfield home but did not have sufficient income, prosecutors say that Schaller drew up a phony W2, phony paychecks, a phony letter verifying employment and other phony paperwork to make it appear that the applicant worked at a business where he wasn't employed. The loan was approved.

In another case, the feds say, Schaller ordered an employee to change the name on an investment account financial statement to make it appear that $13,000 was in the account of a different person who didn’t have enough money to land a mortgage. Thanks to Schaller’s fraud, prosecutors say she got a loan. Schaller also, according to prosecutors and the Illinois Department of Financial and Professional Regulation, secured a mortgage by creating a fake letter supposedly signed by a Springfield physician stating that a mortgage applicant short on money had a disability for which she received regular Social Security payments. The letter from which the fake was created had been in a different borrower’s file, according to the IDFPR. Schaller also made $1,180 in monthly court-ordered child support payments disappear by altering court documents, then including them in a mortgage application that proved successful.

Conversely, prosecutors say that Schaller reduced, at least on paper, the income of an applicant who was seeking a grant from the Illinois Housing Development Authority to make a down payment. The applicant’s income was too high to qualify for the IHDA money, according to court documents, so Schaller ordered an employee to give the agency false paperwork that underrepresented the applicant’s income so that the grant was approved.

Frauds spanned eight years, prosecutors say, and ended in 2018, when the state closed down Schaller’s Springfield office. Schaller’s hijinks have proven expensive for Diamond Residential Mortgage, a Lake Forest company that employed him as its Springfield branch manager. In 2018, Diamond agreed to a $1.275 million IDFPR fine to settle allegations that the company had negligently supervised its Springfield operations. The company also agreed to a be placed on probation for three years.

The IDFPR found ten fraudulent mortgages arranged by Schaller. Fabricated documents used to obtain mortgages, regulators say, included phony federal income tax returns. In one case, the department said, Schaller sold a house that he owned to a 22-year-old man who’d been employed for two months and was earning $9 an hour. Without the buyer’s knowledge, regulators say that Schaller included fake documents in the loan application that made it appear that the buyer had been paying rent on a property when that wasn’t the case.

In another case, regulators found that Schaller had created phony documents drawn up on paperwork purportedly from a heating and air conditioning company to show that plumbing repairs had been made to a home that was being sold with financing from the U.S. Department of Agriculture. The fake paperwork made it appear that an inspection that was part of the loan process had been performed.

In another case, the IDFPR says, Schaller bought a Fannie Mae foreclosure property and supplied a verification of funds letter from a local bank stating that he had $30,000 in available funds. The bank told regulators that Schaller didn’t have an account there and never had any kind of relationship with the bank.

In at least six cases, the IDFPR says, Schaller convinced people that they were getting mortgages from Diamond Residential Mortgage when, in fact, they were signing contracts for deed and turning properties over to Schaller.

In Menard County, Daniel Fricke sued Schaller in 2017, claiming that Schaller had gotten title to property worth six figures for $15,000, which Fricke says he thought was being paid to a bankruptcy trustee to save the land from auction, then taking out a $500,000 mortgage on the land. In fighting Fricke's lawsuit, Schaller once testified that he had reached a lease agreement with Fricke, who was allowed to stay on the property without paying rent. In the lawsuit, Fricke’s lawyer accuses Schaller of creating phony paperwork in 2017 to memorialize purported deals made in 2011 and 2012 that Fricke never agreed to.

The lawsuit was settled, but Fricke hasn’t been paid what he’s owed, according to the court file. Some portion of the settlement award, according to his lawyer, should come from $324,000 in Diamond Residential Mortgage stock that was once owned by Schaller. After the state cracked down, an arbitrator ruled that Schaller owes Diamond nearly $2.2 million for breach of contract, legal costs, punitive damages and fraud; the company says that money from stock that Schaller had agreed to sell back to Diamond should go toward paying down the arbitration award, not to Fricke.

Paintings by the late folk artist George Colin, a former Pillsbury Mill worker whose work has been displayed in the Smithsonian, are also in play. Schaller had purchased 102 Colin paintings to display in his Springfield office. The artwork now is in the custody of Diamond, and Fricke argues that he should get it.

Schaller also has been sued several times in Sangamon County. In 2018, Sukhvinder Singh filed a lawsuit, claiming that he paid Schaller more than $200,000 in 2012, thinking that the money was going for a mortgage on a house near Panther Creek. In fact, the money was going to Schaller, who had gotten title to the property in the name of a trust to which he was the sole beneficiary. Schaller in court documents explained that he had purchased the property and was leasing it to Singh, who hadn’t been able to get a traditional mortgage. The lawsuit was settled last year.

The city of Springfield in 2018 sued Schaller over code violations at a home near Lanphier High School. Illinois National Bank last year prevailed in a foreclosure action against Schaller and the Alchemy Development Corp., a since-dissolved Springfield corporation that had Schaller as its president. The bank was owed $60,000 on a mortgage for property in the Rochester area.

In 2018, Porsche Leasing, Ltd., sued Schaller seeking the return of a new Porsche Panamera Turbo that he had leased from a Virginia dealership. It didn’t take long for the deal to go south.

Schaller signed the paperwork in March of 2018, agreeing to pay $3,483 per month for 39 months. Five months later, he was four payments behind. “Plaintiff has demanded return of the vehicle,” Porsche lawyers wrote in the lawsuit. “The plaintiff refuses to return the same.” The car, according to Porsche, was worth more than $186,000.

Six months after it was filed, the lawsuit was dismissed last year. According to the dismissal order, the car had been in an accident and declared a total loss.