Here are samples from a rich culinary heritage. Put your mouth where your solidarity is. 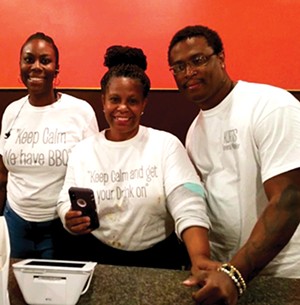 Many of these businesses have tirelessly given back to their community over the years and have continued to provide hundreds of meals to those in need in the midst of the COVID-19 pandemic, said Dominic Watson, president of the Springfield Black Chamber of Commerce (SBCC). "Black-owned restaurants have been doing things like that all along, often without ever asking for recognition," Watson pointed out. "For these businesses, providing for their community has simply been part of their mission for years."

And what a delicious mission it is. From old-school comfort classics like smothered pork chops and gumbo, to creative new dishes like "deconstructed peach cobbler" and Hawaiian baked beans, Springfield's Black restaurant community has something for everybody.

Many in Springfield grew up going to the original Boyd's, established decades ago by Annie and Albert Boyd. In 2001, when the time came for the couple to retire, the restaurant was taken over by their niece, Tammy Calloway, and her husband, Lewis Calloway. Today, they work with their son, Stephen Johnson. The menu at Boyd's is as tasty as ever. Many of the dishes on the menu, like their signature gumbo, are faithfully recreated from Annie's original recipes. The new generation has also made its mark with additions like barbecued snoot, a richly flavored, toothsome cut of pork from along the jaw, which is a St. Louis regional specialty rarely seen elsewhere. Boyd's also provides catering services. "No event is too big or too small," said Johnson. "It's simply good home cooking." 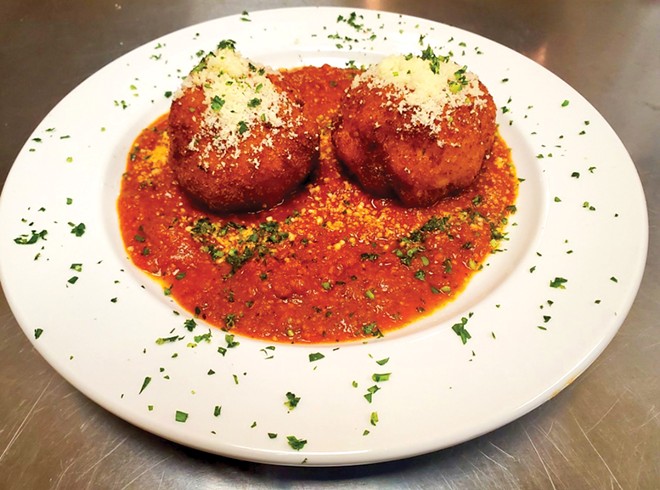 Great House Barbecue opened up on the west side of Springfield in October 2019, just months before the pandemic hit. The family-run operation is a joint effort between siblings Kurtis and Di'Anna Mitchell, Benjamin Frazier and their mom, Renatta Frazier. Their Uncle Gerald is the pitmaster, arriving early in the morning to load up the giant custom-built smoker, which they hauled all the way from Georgia. When they were forced to close in March because of the pandemic, they began giving away free meals to schoolchildren. Great House continued to serve over 50 meals each week to kids in need. The menu at Great House includes soul-food staples like greens, succulent barbecue and banana pudding, as well as updated classics like fried mac-and-cheese balls (which manage to be delightfully well balanced thanks to their crispy exterior and the zesty ladleful marinara sauce with which they're served), "deconstructed peach cobbler" and a killer burger on a brioche bun.

Nickey's is another relatively recent addition to the Springfield restaurant scene, serving up original takes on southern classics. Nickey Alexander is the creative brain behind the operation, and offers an ever-changing array of dishes like stuffed turkey legs, shrimp and grits, jerk chicken and shrimp Alfredo pasta, and super juicy baked chicken. On my first visit to Nickey's I was encouraged to try the Hawaiian baked beans, which I did in spite of some skepticism. In truth, these beans were a revelation. Loaded with ground pork and expertly seasoned, the flavor was reminiscent of grilled jerk chicken, but without any heat. It's not often that both my kids and grandma ask for seconds, but Nickey's lovingly prepared home-style cooking won them all over.

Clay's Popeye's Barbecue has been a culinary institution in Springfield for over 65 years. Current owners Mary and Jeff Clay bought the business over 30 years ago from Juanita Jones after the death of the original pitmaster, Benson "Popeye" Jones. Known for great barbecue and their killer homemade sauces, Clay's Popeye's also serves up some the best fried fish and chicken in town. Since the shutdown began, they have been busy collaborating with local community groups to deliver hundreds of meals to folks in need. Carry-out is still available, often delivered to your car by Mary herself. The food is still on point, but customers today will have to wait until regular dine-in service resumes to experience the living museum that is the interior of Clay's Popeye's. "Going into Clay's is an experience in itself because you can see all the history that surrounds it," said Dominic Watson. "Just go and look at the plaques on the wall, the photos, the who's who of Springfield throughout the decades. There is such a sense of pride when you walk into longstanding establishments like Clay's." Clay's is teaming up with the SBCC and Safe Haven for the Youth on June 27 to once again distribute hundreds of meals to families in need.

Supporting our local Black business community is more important now than ever, and patronizing the diverse array of restaurants in Springfield is the most delicious way imaginable. "The overarching theme here is the overall quality of Black business," Watson emphasized. "Specifically restaurants, and what they have contributed to the overall success of the greater Springfield community."