Most nursing homes aren't applying for additional money for CNAs 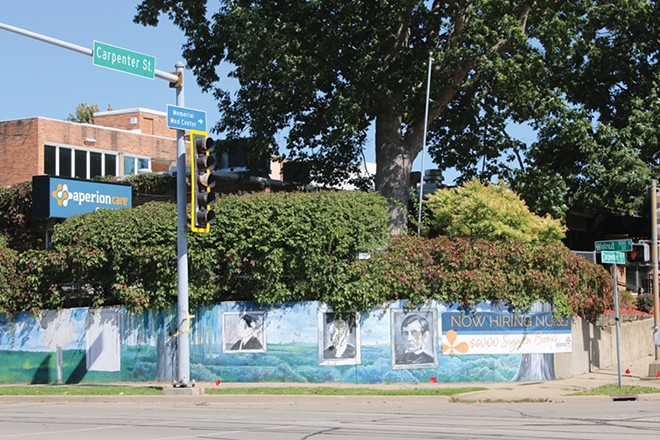 PHOTO BY STACIE LEWIS
Despite a “now hiring” sign on display, Aperion Care Capitol is one of the many facilities that has not applied for funding available through the state to boost pay for CNAs.

Despite supporting Medicaid rate reform that was signed into law this spring, most Illinois nursing homes haven't applied for additional funding made available through the legislation to help them hire and boost pay for nursing assistants.

And surprisingly, nursing homes with the highest shares of residents whose care is covered by Medicaid – homes that tend to be in the Chicago area and have the most to gain financially – haven't applied for the higher funding for certified nursing assistants, according to the Illinois Department of Healthcare and Family Services.

He said it was a "significant accomplishment" for the state and the nursing home industry that 205 out of the 670 nursing homes serving Medicaid clients – or about 30% – have applied for the voluntary program in the first quarter of fiscal 2023, which began July 1. The program subsidizes increases in pay for CNAs by between $1.50 and $6.50 per hour, based on experience.

But Allison noted that the level of participation varied significantly by region, with between 14% and 23% of Chicago-area nursing homes with Medicaid residents applying for the funds, compared with 43% of downstate facilities.

The west-central region that includes Springfield and Sangamon County was an outlier in that trend, with just 21% of west-central facilities applying, according to HFS data released Sept. 13.

The other downstate regions ranged from 33% in the Galena area to 47% in the Peoria area, 49% in the Decatur-Champaign region and 63% in the Rock Island area.

The state set aside $85 million in the current fiscal year to reimburse nursing homes for the raises at subsidy levels equivalent to the percentage of Medicaid residents served at facilities. For example, 60% of the cost of CNA raises would be covered at a nursing home where 60% of the residents had their care paid by Medicaid.

Nursing homes must apply for the new subsidies and aren't required to do so.

Matt Hartman, executive director of the Illinois Health Care Association, one of the groups advocating for nursing homes, said some facilities may not have applied for the funding for CNA pay raises yet because they are still figuring out all the costs involved, including benefits.

"It's a little complex," he said. "I believe the numbers participating will increase, probably pretty significantly."

Hartman said he doesn't represent many of the Chicago-area facilities serving high percentages of Medicaid recipients. The Health Care Council of Illinois represents more of those facilities.

HCCI Executive Director Mark Pickering responded to a request for an interview with a written statement that said, in part: “The Health Care Council of Illinois has shared all available information on this new program with its members and encouraged them to make their own determinations on a facility-by-facility basis.

“Some of our members are participating while some are not. Those who are not currently participating are remaining open to the idea of participating in future months. HCCI has gathered concerns from our members about the program, as well as the uncertainty surrounding the state’s funding for this year and beyond. HCCI is working diligently with the Department of Healthcare and Family Services and other industry stakeholders to address these concerns and determine the most effective ways to increase provider participation. We are looking forward to the ongoing discussions.”

Some nursing home chains have applied for the CNA funding for downstate facilities but not for facilities in the Chicago area.

The funding for CNA salaries, which by law are required to be passed through directly to workers, is part of a $700 million annual Medicaid funding boost for the nursing home industry tied to House Bill 246.

The additional funding will be generated by simplifying and expanding the nursing home assessment tax and by allocating additional general revenue funds, according to the administration of Gov. JB Pritzker.

Other parts of the $700 million to fund HB 246 – what Pritzker called "nation-leading nursing home reform" – will be built into the base rates paid to nursing homes, with much of the money tied to nursing homes achieving "evidence-based staffing levels," according to the Pritzker administration.

Homes not meeting minimum staffing levels mandated by a 2010 state law and supported by data collection requirements in a 2019 state law could be fined in the coming months, according to Greg Will, research director for SEIU Healthcare Illinois.

Pritzker and other advocates for nursing home residents and workers at those facilities touted HB 246 in a May 31 news release as "historic and equity-focused" rate reform legislation that "holds facility owners accountable for tying new funding to improving care for vulnerable Illinoisans."

The bill that the Democratic governor signed that day was approved this year with no dissenting votes in the Illinois House and Senate. It was an "agreed bill" that all stakeholders, including nursing home associations, said they supported.

But some lawmakers and a union representing nursing home workers say facility owners appear to be retreating from their previously stated commitments to increase staffing and improve the quality of care.

Many facilities lost CNAs to other employers during the COVID-19 pandemic to higher-paying and less-stressful jobs. That situation made understaffing even more acute, Shaba Andrich, SEIU Healthcare Illinois vice president for nursing homes, said at a Sept. 17 rally in Chicago.

Nursing homes, she said, "don't want any accountability. Our seniors deserve better, and the workers do, too."

Rep. Kelly Cassidy, D-Chicago, said, "The pettiness of refusing to pay their people ... is beyond the pale."

She said nursing homes come to the General Assembly every year "crying poor. We give the money to them, and lo and behold, it never reaches their workers.

"Like toddlers having a temper tantrum, they took their ball and they went home. They would rather let the money rot than pay their workers. So the next time these guys come to me with their pockets turned inside out and crying poor, they can hit the road."

Lori Hendren, associate state director of AARP Illinois, which supported the nursing home reform bill, said it's alarming to learn that so many facilities haven't applied for money to boost CNA salaries.

"The quest to improve the quality of life for nursing home residents will continue until all facilities – for- and not-for-profit – commit to providing the highest level of care possible for all they serve," she said. "Vulnerable residents and their loved ones deserve nothing less."