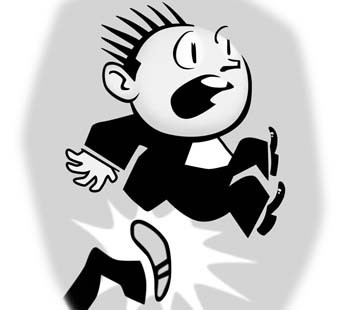 Ah, if only we knew who the bums are. Bruce Rauner thinks he knows – they are public sector unions, public school systems and the politicians who enable them. To bring about the Millennium in Illinois, Rauner is circulating petitions to put on the ballot a constitutional amendment authorizing term limits for state lawmakers, among other changes. Men who make billions in finance tend to be more clever than wise, and on politics at least Mr. Rauner has to be counted among them.

There is an argument from principle against such a change that was pithily expressed by Christopher Hitchens: “The essential absurdity of term limits is that they exclude from the democratic process persons who are too successful at it.” They exclude many voters too, by denying those who want to reelect a useful incumbent a chance to do so.

Term limits make no more sense as a matter of practical politics. We have a political problem in the form of widespread (if ill-focused and fitful) public dissatisfaction with elected representatives at all levels. Where they’ve been tried, term limits tend to give the public more grounds for dissatisfaction, not less.

California voters approved term limits in 1990, one of the first states to do so. James Fallows described the results since then in a recent Atlantic article. “Because of term limits and rapid turnover, the legislature has no institutional memory (in 2004, the then-speaker of the California State Assembly was a freshman – serving under a governor, Arnold Schwarzenegger, who was also entirely new to politics). Because legislators don’t know what they’re doing, they’re more under the control of the permanent influence structure of lobbyists and bureaucrats” – two classes of public people that voters profess to despise as a much as they do pols.

By making them immune to judgment by voters, term-limited officials are liberated to seek short-term poll results rather than long-term legislative results. Striking poses or indulging in ideologically motivated guerilla warfare must be fun, but lawmakers devoted to sabotaging the lawmaking process are not likely to resurrect this commonwealth.

One objection I’ve made in these pages over the years is that being a public representative – a very distinctly different job from being a politician – is something that must be learned on the job. (That’s also true of the career Statehouse reporter, but that’s another column.) The career politician offers the public the same benefits as the career bureaucrat. Each brings to policy debates an intimate working knowledge of what works, what doesn’t and why.

The State of Illinois, through a combination of shortsighted spending cuts and politicization of management, has been driving career bureaucrats from their desks. Now Mr. Rauner wants to do the same to the career politician. I don’t think that “Throw the bums out once they’ve learned what they’re doing!” is an improvement on “Throw the bums out!” although there are plenty of people who disagree with me. A poll done last year by the Paul Simon Public Policy Institute found that nearly four of every five Illinois registered voters backed putting a sell-by date on their representatives. There is more petulance than political judgment in those results.

Mere longevity in office does not confer political wisdom, of course. The Senate’s carpet has been changed more often than its membership in recent decades, yet in a country in which such place-holders are viewed with scorn, people back home haven’t voted them out of office. (The Decatur Herald and Review editorially lamented that Illinois elected officials “are too comfortable with the status quo, as opposed to serving the state’s citizens.” I would say that it is the voters who are too comfortable with the status quo.)

Or is it that they can’t vote them out? While voters can in effect impose term limits at every election, it is argued, that doesn’t happen because incumbents have insuperable advantages over challengers in fundraising. Maybe – although money can only buy elections when voters can be bought. Much more of a factor is allowing parties to tailor electoral districts so they fit incumbents better than their suits. Empowering an independent redistricting commission to end gerrymandering and regulating political ads as commercial speech will at least deal with the causes of incumbents’ long tenure. Limiting terms deals only with one of their effects.

Rauner is among those who believe that Illinoisans don’t like politicians. In fact, what they don’t like is politics. Politics is complicated, it’s frustrating and sometimes the other guys win. To make sense of it you have to read, you have to think and you have to vote, which fewer and fewer Illinoisans want or are able to do. The appeal of term limits to some voters is that they spare them having to make judgments of their own about whether his guy ought to stay or go. But, as California has learned, when it comes to self-government, simpler is not better.