Local officials say they are aware and prepared 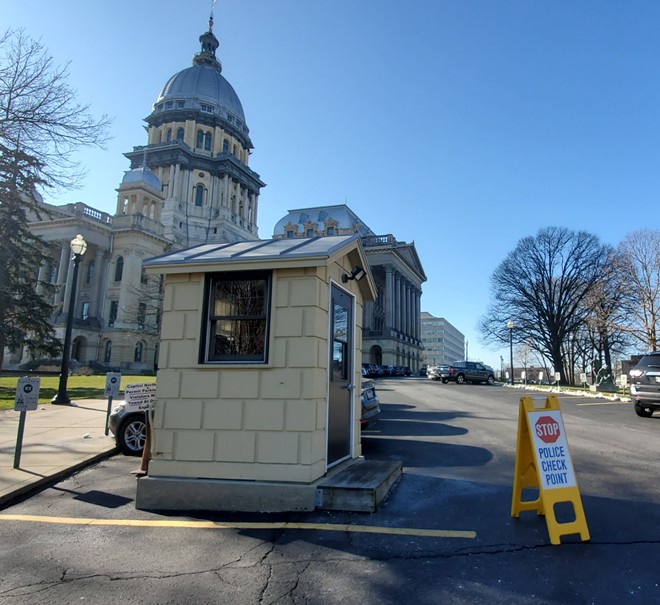 An FBI bulletin has warned that "armed protestors" could be headed to state capitols in the coming days. That comes in the wake of violent and deadly actions by extremists and Trump loyalists on Jan. 6 in Washington D.C.

“An internal FBI bulletin warned, as of Sunday, that the nationwide protests may start later this week and extend through Biden’s Jan. 20 inauguration, according to two law enforcement officials who read details of the memo to The Associated Press. Investigators believe some of the people are members of extremist groups, the officials said,” the AP reported on Monday.

On Tuesday, a spokesperson for the Illinois Secretary of State provided Illinois Times with the following statement:

City police sent out a media release Tuesday that said, “The Springfield Police Department is working with our law enforcement partners at the local, state and federal level to track and monitor possible events at the Illinois Capitol this weekend. Through this coordination and partnership we will be prepared to address any issues that may arise.”

On Monday, when questioned about the FBI memo, Gov. JB Pritzker told reporters he would not speak to specifics regarding security plans. But he offered that the Illinois State Police were aware of “challenges that may crop up.” Also on Monday, a news reporter in Madison, Wisconsin posted a photograph on Twitter of windows apparently being boarded up at the Capitol there as a precaution:

Developing: Wooden boards are being installed on windows on the state Capitol. An official says it’s part of “proactive cautionary measures” statehouses across the country are doing after violence at the U.S. Capitol last week and potentially more activity in coming days. pic.twitter.com/giSnt9d1PM


During a walk around the Illinois Capitol on Tuesday afternoon, things appeared to be as usual.

An updated version of this story was posted on Jan. 15, read it here.