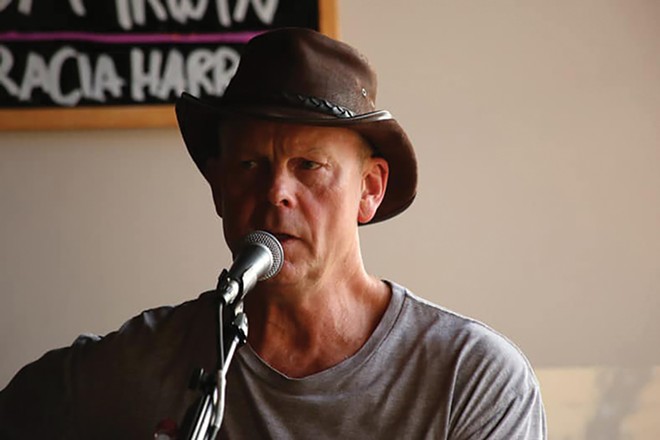 Howdy hey, music lovers and others, it's state fair time and in Springfield, that's a big deal. On top of that there's plenty of stuff going on everywhere, so let's dig in and see what's up.

First off, please be careful and follow all the safety rules for prevention of COVID-19 and associated variants. It's really not all that hard to do what's recommended, and as much as we've done so far, let's just keep up the good work and see this through. With the growing transmission rates in Sangamon County, state fair officials have announced masks are required for everyone at any indoor space on the fairgrounds. There are special rules for Grandstand track-goers, with much more specific information available on the ISF website, so be sure to read up before you go to prevent any surprises upon arrival. Several testing sites will be open on the fairgrounds, plus masks available to those who need them, so let's do this.

I know it's easy to get grumpy (or more) about it all, but it's for our own good and not really that bad compared to what could happen without any precautions. I just glanced back at my column for 2020 where we were forced to look back at the history of Grandstand shows because, well, there was no fair, nowhere. Plus, you will have a good story to tell about the 2021 Illinois State Fair and it won't be about how you contracted COVID-19 or passed it on to others.

As for the live music going on the esteemed grounds of the fair, there are several outdoor stages with continuous stuff happening from the Apex stage to the Village of Cultures area (formerly Ethnic Village), the Grand Central Stage (in the old Food-a-Rama which is now the Reisch Pavilion) to the Lincoln Stage (they haven't changed that name... yet), plus three beer tents (all named after major light beers), The Shed and a few more free entertainment areas, as they are called on the fair website. If someone would take the time to count up all the entertainers who are entertaining at the entertainment areas, which I am not going to do right now, the numbers would really be astounding. So go take a gander at the listings online, and don't forget to check out the Grandstand offerings as well.

It's certainly understandable to get caught up in the fairly exciting fair business, but for those of you who are not interested in such shenanigans or not ready to go hang out with thousands of strangers yet, our regular local venues are open for business with a variety of mostly free entertainment as well.

The Curve Inn leads the way once more, with their annual Southside Fair party featuring normal fair fare such as the inevitable corn dog, plus lemonade shake ups improved immensely by the addition of vodka, along with a great list of bands that might (but mostly might not) be also playing at the fair beer tents.

And now, folks, for something completely different, Petersburg hosts a new live music venue called 1st and 3rd Boutique and Wine Bar located on the west side of the town square with music happening upstairs in the wine bar space overlooking the Menard County Courthouse and the rest of the lovely downtown area. This Saturday at 5 p.m. the one-and-only Josie Lowder takes the spot in front of the window, and Sunday at 3 p.m., you can catch the fine folk sounds of Wild Columbine.

Rest easy, take care, be careful and have fun, not necessarily in that order.