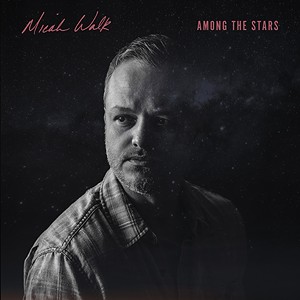 Hello, all you happy people. Let's dig right in to see what there is to see and to hear this week in our hip and happening music scene.

Thursday pops out right away as an exceptional night of local live music. We can start with Rogers & Nienhaus at the Curve Inn, as these two right-on musicians are card-carrying, real-deal, lifetime-playing, nationally known performers who "do it to it" at every show.

Timo Arthur delivers a subtle, yet powerful, blues performance at each gig he does, and it's yours for the experiencing as a solo show at Buzz Bomb, hosted by the Illinois Central Blues Club.

Colt Ford, a nationally charting, modern country artist, takes it to the Boondocks stage for a big, ol' concert time.

Local rockin' bands Positively Fourth Street and Solar Chariot kick off the Folkin Boogie Family Retreat festival weekend at the Promised Land Kampground and Music Park near Mechanicsburg with a free evening concert. The groovy, good-times fest continues all weekend with plenty of bands, camping, food trucks and more at the four-day weekend music festival (all the skinny is on the ElderBeard MusicWerx FB page).

Friday is chock-full of the outdoor bar events and bands Springfield is known for, including Captain Geech at Blue Grouch, Off the Wall at Long Bridge Golf Course, Highway 615 at the Curve Inn, Unchained at Weebles, Jeff Young and the Bad Grandpas at Locals in Pawnee and No Backup Plans at Crows Mill Pub.

In other Friday entertainment, Mike Burnett does the Harvest Market Farmhouse Brews, P4S is at George Ranks, nationally recognized and cool country artist Ward Davis catches up at Boondocks, MIdnight Express rolls into Stockyards VFW and Grammy Award-winning soprano Christine Brewer does "sacred and art songs" for the First Friday concert at the Cathedral of the Immaculate Conception.

Over in Jacksonville on Friday, local favorite Robert Sampson, a traveling blues man, hosts his own show at Lovejoy Hall on College Street. He calls it Sock-Hoptober and will feature a night of 50s and 60s dance music classics done in style by the one-and-only Robert, the Lefty Preacher. HIs FB event page has all the info you need.

Sunday afternoon ushers in a long-awaited moment for fans of singer-songwriter and performing musician Micah Walk, when Danenberger's Family Vineyards hosts a record release celebration for the 2020 winner of Illinois Times Best of Springfield for Songwriter. Micah's latest album, "Among the Stars," produced and recorded back in August 2020 by Sadler Vaden (Jason Isbell's guitarist), gets released to all major digital platforms this Friday, Oct. 1. National exposure from the first single, "Stay with Me," is moving right along, and we wish Micah all the best in this exciting endeavor. The show starts at 3 p.m. and includes two full band sets with the first covering the album and the second featuring Micah Walk Band favs. This release is mainly digital-only (can we talk him into some vinyl?) with a limited number of CDs available for purchase on Sunday.

On Wednesday night, Oct. 6, wander over to New Berlin for free admission to the Sangamon County Fair Fan Appreciation Concert with Riley Green at the fairgrounds. The country hit maker's show during the county fair was cancelled, so he graciously agreed to come back and the fair board is putting on the concert to thank fairgoers for being, well, fine fairgoers.

Enjoy! Until next week, be good and be careful and be cool, too.