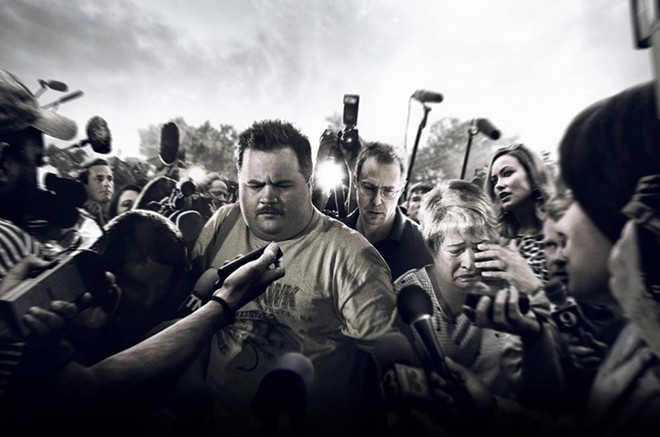 During his long acting career, Clint Eastwood employed the less-is-more approach whenever he appeared on screen. In many ways, he's done the same where directing is concerned. Never one for needless camera movements, skewed angles, distracting lighting or any other attention-grabbing techniques, Eastwood's best work is based on solid writing and dynamic performances, a classic, old-school approach that's held him in good stead since he stepped behind the camera in 1971.

Curiously, his output for the last decade has been devoted to fact-based stories of individuals who have been misunderstood or sometimes misrepresented by the media. His latest, Richard Jewell, is one of his better recent efforts as it recounts the ordeal of the titular character, a man lauded as a hero then defamed as villain, fodder for the insatiable beast that is the 24-hour news cycle.

Jewell's story was inescapable during the summer of 1996. Working as a security guard at Atlanta's Summer Olympics, he found a backpack full of explosives, notified the proper authorities and helped evacuate the area before the device detonated. Though one person died at the scene and over 100 were injured, Jewell's actions helped save an untold number of people. So, it came as no surprise that news outlets would flock to cover his story, looking to find a silver lining amidst the tragedy. However, things took an unpredictable turn when Jewell emerged as the FBI's number one suspect, a story media outlets embraced with the fervor of a pack of wild dogs ripping apart a fresh carcass.

Adapted from the Vanity Fair article "The Ballad of Richard Jewell" by Marie Brenner, Billy Ray's script is a lean, straight-forward account that quickly establishes its characters and confidently recounts the whiplash turn of events that plagued Jewell. The film goes behind the scenes of the FBI investigation that ensued and the efforts of the Atlanta Journal Constitution to beat their competition in covering the story. Needless to say, neither of these entities comes off well.

Under immense pressure to crack the case, agent Tom Shaw (Jon Hamm) focuses on the most obvious suspect and proceeds to make Jewell's life a living hell, exaggerating our hero's past transgressions and imposing humiliating, intrusive searches through his home which he shares with his mother (Kathy Bates). No better is reporter Kathy Scruggs (Olivia Wilde), who will do anything to get a lead and scoop her rivals. A tip from Shaw about Jewell and she's off to the races, pillorying him with every story she writes.

What emerges is that everyone wants a piece of Jewell and is using him for their own personal gain. In addition to Shaw and Scruggs, lawyer Watson Bryant (Sam Rockwell) initially sees a big payday in handling potential book deals and endorsements for his client before everything goes south. Only after getting to know Jewell does he realizes his true calling is to help him.

Best known for his turn in I,Tonya, Paul Walter Hauser is perfect in the title role. He taps into Jewell's feelings of desperation and insecurities, a man so overzealous he isn't taken seriously by his peers, so delusional he's blind to his place in the world. Socially awkward and overly earnest, Hauser breaks your heart by bringing forth the naivety and blind trust that left Jewell vulnerable to the jackals that surrounded him. With this film, Eastwood goes a long way toward repairing his reputation, seeing him as a hero who was far too noble for his time.