It's out there, let's spend it 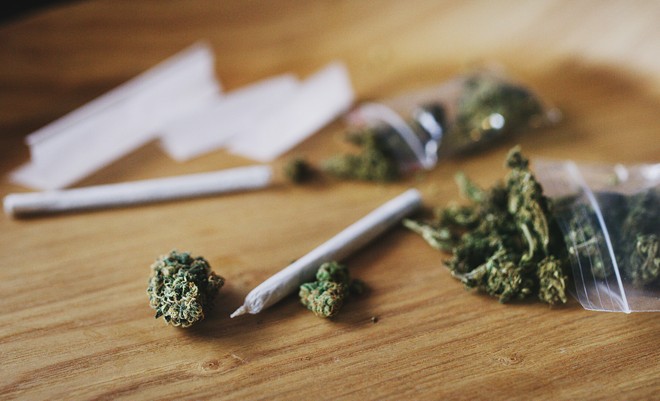 It is, boiled down, an attempt to prove that the government can do better than the free market. There are too few pot shops and growers for too many customers, which has led to high prices, both for recreational users and imbibers with cancer, multiple sclerosis, chronic pain and any number of other conditions said to be eased by marijuana consumption. It's one thing to charge $65 for an eighth-ounce when selling to a stoner, but seems quite another when Grandma is long on chemo and short on dough.

Legislators have promised that this will sort itself out. In the meantime, four dozen or so dispensaries were open statewide as of May. The state had promised 75 new dispensary licenses this spring, but issued none, blaming coronavirus for holding up the process. Cultivators haven't kept up with demand, and the state isn't supposed to issue new grower licenses until July – let's hope coronavirus doesn't eat the paperwork.

There has, however, been plenty of money. That's to be expected when the state gives near-monopolies to drug dealers granted anonymity by legislators who exempted ownership information from the Freedom of Information Act when legalizing weed businesses, an alleged oversight that lawmakers promised to fix but have not. Money isn't necessarily a bad thing, even if you're not Toi Hutchison, the erstwhile politician who sponsored the pot bill, then jumped from the state Senate, where she was paid $66,000 per year, to a position as the state's so-called pot czar at an annual salary of $220,000, more than the governor makes, for a position that, well...why do we need a pot czar, really?

The rest of us are supposed to get ours, also, and so 25% of cannabis tax revenue – an estimated $31.5 million statewide – is due for programs aimed at helping communities that have been disproportionately impacted by the war on drugs. The state has broken down such communities by census tract and further granted "high need" status to tracts deemed to have suffered the most. Springfield has 10 high-need tracts, including seven that are east of 11th Street.

The city council seems unaware of this. Last week, Ward 3 Ald. Doris Turner told colleagues that she's been doing some research and discovered that letters of intent are due on July 6 and grant applications on July 20. She asked for permission to work with the mayor's office to land state money. The mayor said yes, mentioning the Rev. Jerry Doss and Calvin Pitts, a contractor who hires disadvantaged people. "I'm excited, I'm excited, I'm excited!" Turner exclaimed. "Let's get this letter in. Let's do it."

As much as $728,000 is available for projects in each of the city's 10 high-need census tracts. Municipalities as well as churches, neighborhood associations and private nonprofits can apply. Possibilities appear vast: Outside Springfield, police departments have shown interest. Turner tells me that she wants economic development projects, but she wasn't more specific. She also said that she supports multiple grant applications to land money for multiple projects.

I couldn't reach Doss, whose Abundant Faith church provides housing for the underprivileged. Pitts, the contractor, confirms that he's in on the plan, but, with grant applications due in less than a month, details are a bit nebulous. The idea is to teach construction skills and put folks to work remodeling properties and perhaps building new stuff, he says. Maybe 20 construction projects could be tackled, Pitts figures, with as many as 80 people getting jobs.

This sounds fine, but I wonder whether we could do more. Three of Springfield's high-need areas, as designated by the state, are west of 11th Street and so would receive extra consideration when the state decides where money goes. Why not revive the Center for Health and Housing, a proposed homeless shelter that imploded last year because it was planned for the wrong place, an African-American neighborhood that already had its share of not-in-my-backyard social service establishments?

It could be a beautiful thing. Backers last year tried selling the proposed homeless center as a community asset, a place with all kinds of services that would include a health clinic that could help neighbors. Imagine such a place being built west of 11th Street with the help of crews supervised by Pitts.

Unfortunately, it is difficult to imagine, given that grant applications are due in less than a month and we've barely gotten started – council members Andrew Proctor and Kristin DiCenso, whose wards include high-need tracts outside the east side, say that they weren't aware of available cannabis grants until last week. The mayor hasn't unveiled a credible plan for the homeless since last year's proposal fizzled.

But money isn't going away. The state predicts that grant money will quadruple in coming years as people keep buying pot and the state starts allowing more businesses to grow and sell it. Let's take advantage.