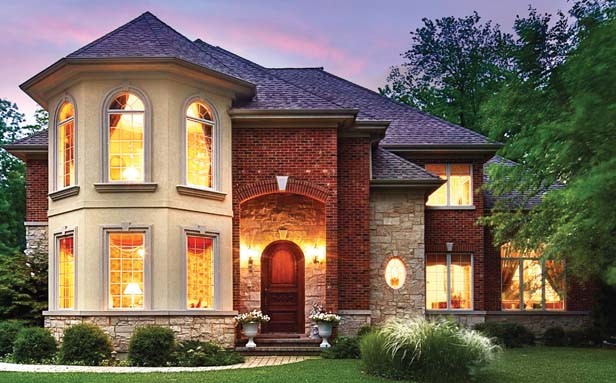 A recent change to raffle regulations means local charities can sell chances for up to $2 million in prizes as a way to finance their causes. But some say the maximum prize value increase – up from $1 million – is a major expansion in gambling, the regulations for which tend to bend for those who profit.

The county board voted to double the raffle prize limit earlier this month, marking the third time Sangamon County has raised the limit since setting it at $150,000 when the raffle code was first established in 1981, according to county clerk Joe Aiello. The limit was later raised to $250,000 in 1994 and then to $1 million in 2004.

“When is it ever enough?” asks Anita Bedell, executive director of the anti-gambling group Illinois Church Action on Alcohol and Addiction Problems.

The latest increase came at the request of the Hope Institute for Children and Families, a Springfield-based nonprofit devoted to teaching and caring for children with developmental disabilities. The organization is planning to hold a raffle this fall for a “dream house” in Hinsdale, a suburb on the west side of Chicago. The house is worth $1.2 million, though the winner will have the option of taking cash instead of the house. The contest will also include early drawings for other prizes. The institute is planning to sell 30,000 raffle tickets at $150 each, starting in September.

“We believe it’s a great opportunity for our supporters to show their support for the Hope Institute but also to have the exciting opportunity to have a chance at what are some once-in-a-lifetime prizes,” says Mark Schmidt, spokesman for the institute.

“We appreciate that it takes a lot of money to run the school but it seems that there are other ways to tap into people to support the cause than to have people lose money gambling,” Bedell says.

Kathy Gilroy is an ILCAAAP volunteer and northern Illinois resident whose complaints about improper raffle ticket sales have postponed or shut down several charity raffles in her area. “It seems that when it comes to gambling, people don’t follow the law, the law follows them. Why was there a limit in the first place? If you can just ask them to raise the limit, what’s the point?” Gilroy asks.

In 2004 Gilroy testified against legislation that would have created a statewide raffle licensing system. In Illinois, local governments regulate raffles, a system that in the past made it difficult for nonprofits to sell chances to anyone who lived outside the jurisdiction in which the managing nonprofit was based. Under Illinois law, local governments can only authorize raffle ticket sales within their own borders.

Planning to market the raffle to both Springfield residents and supporters living nearer the Hinsdale house, the Hope Institute will use the Internet, phone and postal mail to communicate with potential ticket-buyers, Schmidt says.

It’s those methods with which Gilroy takes issue. She says selling tickets through those systems is illegal, though the laws are rarely enforced.

The Hope Institute says it has consulted with lawyers and is doing everything according to the law. “We’re harnessing communication technology to allow people to place their orders in as convenient of a way as they can,” Schmidt says, noting that information is exchanged over the Internet but orders are processed by people in Sangamon County who will first check to make sure all potential purchasers are eligible participants. “Ultimately, all tickets will be sold, all money will be processed, all money will be banked in Sangamon County,” Schmidt says.

Gilroy says there’s no difference. “You’ve got some people trying to mince words to make it sound like something is legal when it isn’t.”

Legal or not, Gilroy says the increased prize limit is a concern in and of itself. “The bigger the prize, the more likely they [gambling addicts] will be attracted to it.”

Aiello says he’s heard no complaints to his office about organizations with raffle licenses and notes that most of the groups holding raffles are nonprofits, all of which must have been in existence for at least five years. “Part of this has an honor system to it,” he says. “Once you issue a license, you’re given the guidelines and you are expected to follow them.”

So far this year, Sangamon County has issued about 120 raffle licenses. Collecting a $25 fee or 1 percent of the total prize value for every license, the county has received nearly $31,500 through the raffle system this year. Last year, the county issued 233 licenses, bringing in about $33,250 in revenues.

County board finance chairman Andy Goleman says increasing the limit was an easy decision. “This raffle goes to people in need. It goes for a good cause to help community needs and certainly we’re in an environment today where, with cutbacks, we should do everything in our power to try to help agencies who are trying to help with the needs of our community,” he says. “If you don’t believe in gambling, you don’t buy a ticket.”