DNA backlog: "We walk among murderers"

Some improvements, but six months is still too long to wait 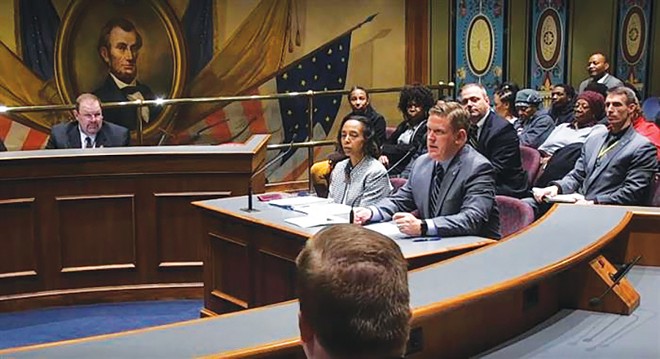 When an Illinois Senate panel met last March to discuss the state's backlog of untested forensic evidence, there were more than 70 DNA samples in murder cases more than a year old awaiting action from Illinois State Police forensic investigators.

That number is down to 14, representatives of the Illinois State Police told the same Senate Public Health Committee on Tuesday, Jan. 28, but they noted the number is still too high and standard wait times for DNA processing are still too long.

"We know that there's a lot of DNA evidence that's not being analyzed and, as a result, we walk among murderers. We know we're walking among murderers," Sen. Patricia Van Pelt, D-Chicago, the committee's chair, said before testimony.

Robin Woolery, the assistant deputy director for ISP's forensic science department, said while turnaround on the oldest cases has "drastically improved," ISP is "still not where we want to be."


ISP Director Brendan Kelly said there are several challenges facing the agency, but around October, the completion of DNA tests began outpacing the number of tests coming in for the first time in years.

The average time for processing DNA evidence is about 215 days, or seven months, Kelly said, adding that the goal was to get to six months. That number shrank from 288 days in September.


He said progress in addressing the backlog has stemmed from implementing greater efficiencies through Lean Six Sigma training, which is used by organizations to ensure efficiency and consistency in processes.


A new online Laboratory Information Management System database provides greater accountability as to where delays in the process are happening, Kelly said.

He also said "after navigating the state procurement and contract process," the ISP is nearing launch of state-mandated online tracking system for sexual assault kits.

Carrie Ward, executive director of the Illinois Coalition Against Sexual Assault, said she was encouraged by the progress, but even six months is too long of a wait, and that "justice delayed is justice denied" in the case of sexual assault.


"Why report a crime when you know it may take years to slog through the system?" she said.


Kelly said to keep up progress, the ISP needs "long-term predictability and stability" in the budgeting process. He said new funding allowed ISP to hire 22 forensic scientists who are being trained and 24 more will be hired this year.

"This is just the first year in a multiple-year process to rebuild the ranks of our forensic scientists which, frankly, have been devastated by budget crisis after budget crisis," Kelly said.


He said funding for a new forensic science lab to replace an old, outdated facility in Will County, along with the implementation of new robotics technology, will help speed the process as well. Still, he said that building might be up to two years from construction even beginning.


He said other delays to forensic science include "investigations, the courts, training techniques and standards of evidence."


He said a task force appointed by the governor would study all contributors to the delay in evidence processing. Gov. JB Pritzker appointed 15 members to that task force Monday, Jan. 27. They include judicial representatives, anti-sexual assault advocates, law enforcers and others.


Advocates at the committee suggested families of victims who are awaiting the processing of evidence be appointed to the task force as well.


LaTonya Moore, who testified at the March committee hearing and again at Tuesday's hearing, said she has had no communication from law enforcement about the forensic investigation of the 2018 murder of her daughter, Shantieya Smith, in Chicago.


"My daughter, to me, felt like a John Doe, she don't even exist," she said regarding the lack of response from law enforcement. "... What justice does she have?"

Woolery, who was also at both meetings, said she made sure before the hearing that the DNA evidence from that case and others was processed by the state. She said often DNA testing shows no useable evidence, and communication of the results of the testing would fall on Chicago Police in this case, which is the jurisdiction in charge of the investigation.


Van Pelt and Sen. Mattie Hunter, D-Chicago, both lawmakers on the committee, agreed that they would take the issue to Chicago Mayor Lori Lightfoot.