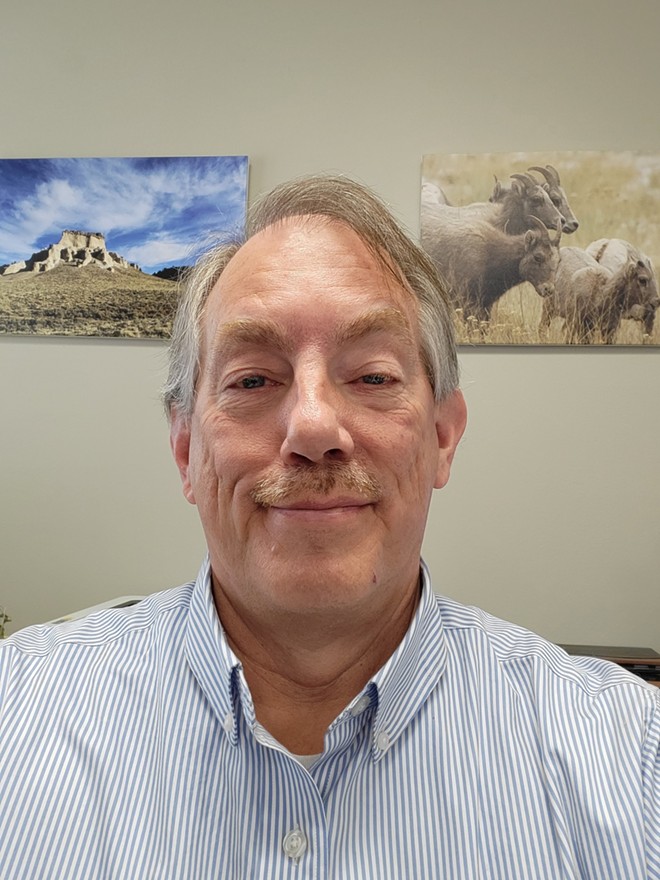 Increased state funding has helped Sparc bump up hourly pay rates for direct service providers (DSPs), those who care for people with intellectual and developmental disabilities at the Springfield nonprofit's group homes and in other settings.

"We are competing with fast food and the retail outlets for employees," he said.

The $1-an-hour increase that is part of Gov. JB Pritzker's state budget proposal for the fiscal year that begins July 1 would help Sparc hire and retain DSPs, he said, "but just at the bare minimum level."

There's a push by advocates to appropriate more money to expand and improve services for people with disabilities and also whittle down the list of about 14,000 Illinoisans who, because of funding shortfalls, often wait years for state services.

The Democratic governor and Democrats who control the Illinois General Assembly last year passed a state budget for the current fiscal year that contained $170 million more for disability services, a historically high increase.

The total included $109 million to boost what are known as "benchmark" rates to provide adequate reimbursement for residential services and other supporting services.

But the $109 million was more than $220 million below the rate increase recommended for Illinois to comply with a consent decree issued by a federal court in 2011 as part of the Ligas v. Hamos federal lawsuit.

A federal judge found Illinois out of compliance with the consent decree in 2018, and lawmakers and advocates continue to call for full funding of recommendations contained in a rate study by the Guidehouse consulting firm.

The Illinois Department of Human Services' Division of Developmental Disabilities arranged for the Guidehouse study after the state was found out of compliance with Ligas. The study recommended increases from the current fiscal year through fiscal 2026.

Sparc and other organizations throughout the state that serve people with disabilities were grateful for the fiscal 2022 funding increase, according to Joshua Evans, president and chief executive officer of the Illinois Association of Rehabilitation Facilities.

IARF is part of the "They Deserve More" campaign by a coalition of nonprofit service providers, family members, statewide organizations and other groups advocating for full funding of the Guidehouse recommendations and other increases.

The coalition is calling for a $151 million boost in the $94.8 million Pritzker has proposed in new funding for reimbursement rates to disability service organizations.

The boost would bring the total rate increase to $246.8 million, an amount that would make up for the state not meeting the full Guidehouse recommendation in the current fiscal year and fully funding the increase suggested for fiscal 2023, Evans said.

Senate Bill 4063, sponsored by Sen. Sara Feigenholtz, D-Chicago, and House Bill 4832, sponsored by Rep. Robyn Gabel, D-Evanston, would fully fund the rate recommendations. The legislation is expected to generate discussion among lawmakers and potentially culminate with extra funding being tucked in a final state budget deal this spring, Evans said.

The $246.8 million proposal would increase DSP-wage rates for employers by $3.50 an hour, rather than the $1 increase proposed by Pritzker, he said.

"The governor did lead off with a strong proposal," Evans said, but the proposal is "substantially less than what is needed, and we would think parties to the Ligas consent decree would agree."

The higher reimbursement rates are needed to make sure the state has enough high-quality workers to serve new and existing clients, Evans said.

He noted that total state spending on disability services is proposed to be $1.79 billion in the next fiscal year, or $209 million more than in the current year, an amount that includes carryover costs from the current budget.

Just above half of the state's cost for most spending on disability services is reimbursed by the federal government through the Medicaid program.

Separate from the spending on rates paid to service providers, Pritzker is proposing the state spend $26 million to take 700 people with disabilities off the waiting list and offer them services.

Evans noted the state's finances are the healthiest in 20 years, in part because of an economic recovery during the COVID-19 pandemic and billions in federal COVID relief and recovery dollars.

"Before we necessarily propose $1 billion in tax breaks, can we try to live up to and meet the commitments that have been outlined for social services?" Evans asked. "Now we're in a budget situation where it seems we can."

Through Sparc, which is based at 232 Bruns Lane in Springfield, about 90 adults with disabilities live in group homes and receive Sparc services. The nonprofit posts annual revenues of about $7 million and employs almost 180 people.

Sparc would like to serve more clients and provide a broader array of services, McDonald said. Paying employees more would be a start, he said.

The average pay for Sparc's DSPs is $16 to $17 per hour. McDonald said the demands of the job, and the 24-hour staffing Sparc must provide, can still make it hard to attract and retain these front-line workers and provide the care and guidance people with disabilities need in finding meaningful jobs and living as independently as possible.

"These are citizens like anybody else, and they deserve supports to be as successful as possible," he said.

"Almost all of us know someone or have a relative with an intellectual or developmental disability," he said.

"It's a broader humanity issue," he said. "What are we doing to support those who aren't in the best position – except for services and supports and state funding – to help themselves? It appeals to the angels amongst us."