State energy bill lays out the end of coal 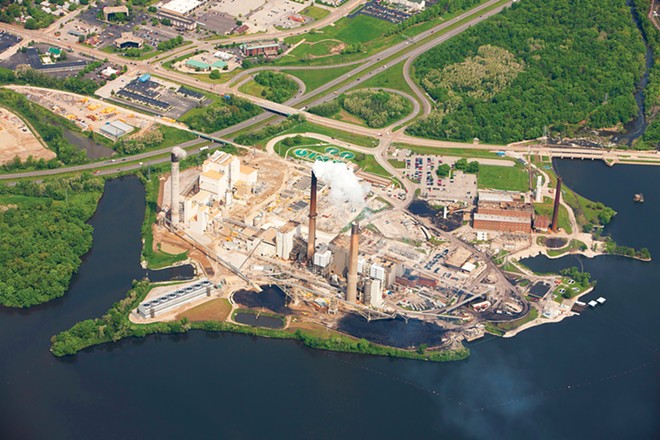 Photo By Terry Farmer
Over the years, CWLP has built seven generators.

City Water, Light and Power (CWLP) has begun formulating a plan to add significant solar-power generation in light of forthcoming changes due to a measure signed into law by Gov. JB Pritzker last week. It sets Illinois on track to end the use of coal for electricity by 2045.

"I still have concerns about reliability," said Brown. He said renewable energy sources are not a complete solution to meeting the energy needs Springfield is anticipated to have in 2045 in light of removing coal plants. "Until solutions come to the forefront that provide the reliability that coal and natural gas units can do, I will continue to have those concerns."

The result of the controversial, long-in-the-works law will mean the eventual shutdown of all of CWLP's coal-fired power. CWLP's plants had been a point of controversy in early iterations of the legislation, along with another union-staffed coal-fired facility, the Prairie State Energy Campus in the Metro East area, due to conflicts between unions and environmentalists.

The current agreement provides that CWLP must be carbon-free by 2045, with emissions reductions of 45% by 2035. If CWLP's plants can't come into compliance within three years of 2035, they would need to shut down some operations under the new law. But Brown said, in practice, CWLP has already done so with the retirement of three of its coal-fired generators, Dallman Units 31, 32 and 33.

The remaining plant, Dallman Unit 4, will need to be retired by 2045 under the new law, Brown said.

The challenge that the law poses to meeting the energy needs of Springfield decades into the future may be hard to tell. Previous projection models that predicted Springfield's coal-fired plants meeting more demand did not prove true, with usage falling significantly during the economic recession of 2008, Brown said. In the immediate future, he said CWLP is putting together a plan to bring before the Springfield city council that would add more solar power generation to replace the shuttered plants.

The new law had one strong group of Springfield supporters in the Faith Coalition for the Common Good, which held a presentation last week on the benefits of providing more electric-powered public transit. Speaking after the presentation, executive director Shelly Heideman said listening sessions regarding the various components of the Clean Energy Jobs Act, the precursor to the eventual agreement, began three years ago. Portions of the law that provide considerations for people or areas highly affected by environmental policy, such as low-income and minority populations, spurred many members of the coalition to support it.

But, Heideman said, it's more than that. The equity component "was the driving force, I think, behind the Faith Coalition getting behind it and continuing to support it," Heideman said. "The other thing is I'm a grandma with 10 grandkids. I'm thinking about my grandkids' future."

And, Brown said, one of CWLP's goals as a public utility company is to push for greater sustainability.

"The history of CWLP has always been trying to do better for the environment," Brown said. He said CWLP is planning to brief the city council on expanding solar power generation within the next two months.