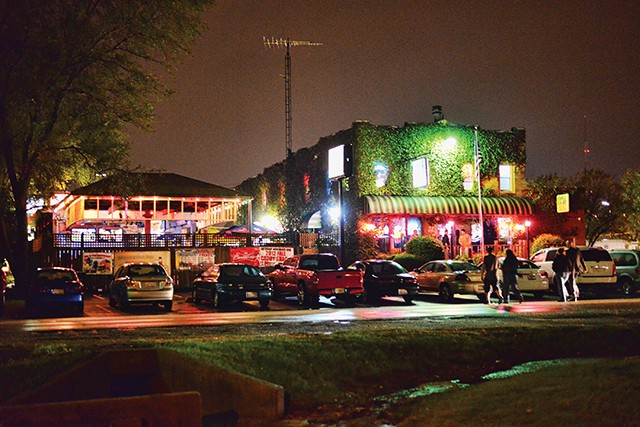 There is a special place for perennial “Best” champions and it’s important to remember if voters pick the same place year after year, the folks behind the curtain must be doing something extremely right. And what owners and operators Ami Merchant, Ray Merchant and Don Thompson did right was to take a historic building housing a rundown dive bar that was known to be a little dicey at times and turn it into one of the most popular watering holes, eating establishments and entertainment centers in central Illinois. We all know that doesn’t happen by wishing it so, and Ami is a hands-on owner who appreciates those loyal and caring employees who keep the place moving. She’s also known to offer up the venue for a Sunday afternoon benefit to help out someone in need or to support a community organization fundraiser.

It’s good to notice with all the fine food and delectable drinks offered in a pleasant space that what won is the entertainment side of things, including the best open mic, karaoke, small venue and late night DJ. This has a good deal to do with the stage area, operated and designed by Ric “Skippy” Major, a former BoS winner in the soundman category who has made the Curve his sound stage home for several years. Bands like to play where the music sounds good, and Skip takes care of that side of things. The open mic, hosted by Kortney Leatherwood and Sam Draper (also former BoS winners), encourages solo artists, small combos or full-fledged bands and you may very likely see all of that and more on a given Tuesday night. They’re also known for being cordial and supportive to newcomers or old-timers, a true sign of why they’re preferred out of our many open mics. Being consistent winners in the karaoke column also says bunches about the support this venue gives to performers, whether they are singing words off a screen to recorded music or making music in real time. When the outdoor music stops around 10 p.m., DJ Mikey takes the party inside the old barroom, and with a crowd already in place, he does the down and dirty, loud and proud until 3 a.m. several nights a week. With all that and more, it’s easy to see why the Curve Inn is tops with our readers year after year.