The soft case for hard time for Bill Cellini 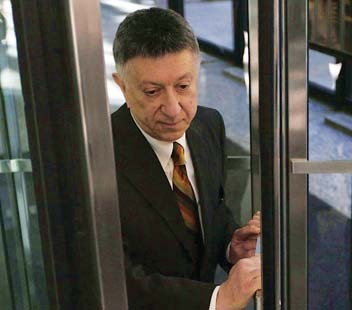 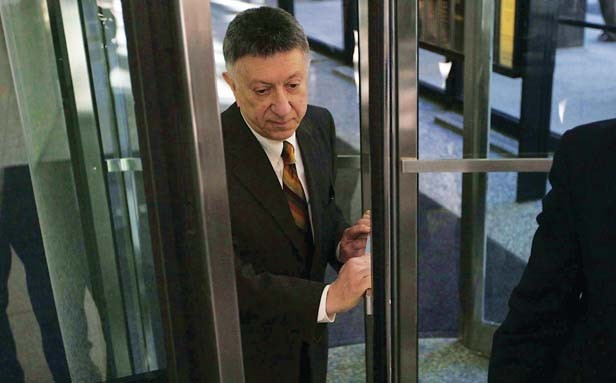 The feds want Bill Cellini to get at least six and a half years in a steel box when he is sentenced in October in Chicago. His lawyers have argued that the feds seem to forget that Cellini was not convicted of all the crimes they charged him with, only two minor ones. Whatever they think of the jury’s opinion, most Springfieldians probably endorse his attorneys’ request that the judge give Cellini a Get Out of Jail card because he’s old and sick and sentence him to probation instead.

Officially, Springfield’s Horatio-Alger-story-come-to-life was guilty of conspiring to commit extortion and aiding and abetting the solicitation of a bribe. These are serious matters, every bit as serious as, say, conspiring to convict on scant evidence or aiding and abetting the embarrassment of the U.S. attorney’s office. In fact, Cellini was convicted of talking about committing a crime and of being who he is.

Patrick Fitzgerald, the recently resigned U.S. attorney in Chicago who is Cellini’s nemesis, made his name in cases involving people with names like Levine and Rezko and Blagojevich and Rahman and Calabrese. (Yes, Fitzgerald also nailed Conrad Black for looting his company, but as an Anglo-Canadian, Black also is an establishment outsider.) Fitzgerald thus followed in the grand tradition of James R. Thompson, who stepped up to the Illinois governorship on Otto Kerner’s broken back. Kerner – Army major general, federal judge and the pride of the Pilsen neighborhood of Chicago – was a very good governor who was best known to the wider world for chairing the U.S. Commission on Civil Disorders (more widely known as the Kerner Commission) which investigated the 1968 urban riots.

Kerner’s principal failure was poor judgment in associates who tangled him in a race track stock scheme. That left him vulnerable to Thompson’s ambition and to a legal gimmick, the famous theft of service statute by which state officials could be convicted for depriving the public of its right to their honest services if they fail to disclose material information. The non-disclosure of material information is the very essence of politics and business, and the statute that embodied the doctrine was properly declared invalid by the U.S. Supreme Court in 1987; a rewritten law still reeked so much that even our current Supreme Court, which is always eager to indulge power, limited its application in a ruling in 2010.

At the time, the outcome left some of us condemning the theft of honest services that occurs when ambitious U.S. attorneys remove capable judges such as Kerner from the bench for pecadilloes committed by their staffs. Those who wish to know more, or who wish to get angry all over again, might read Kerner: The Conflict Of Intangible Rights by Bill Barnhart and Gene Schlickman, which the University of Illinois Press published in 1999.

Now, Fitzgerald is no Thompson. When Thompson said he wanted Kerner to endure the humiliation of jail time because it would deter future public corruption in Illinois, you knew he was grandstanding. I have no way of knowing whether the puritanical Fitzgerald actually believes that jail time for Cellini will redeem the reputation of Illinois politics. I do know it would help redeem Fitzgerald’s reputation. In their written objection to the feds’ pre-sentence report to the judge, Cellini’s lawyers reminded him that the trial had shown that Cellini didn’t know of the extortion plots that others in the case were up to and did not extort money himself.

Now, a smart guy knows when not to know things, and Bill Cellini is a smart guy. Those who wanted to come to their own conclusions by following the case in the press probably found it as confusing as I did. The prosecutor’s case seemed to rely, appropriately enough, on a laugh. They played for the court a tape of a telephone chat between Cellini and businessman Stuart Levine, a guy who would be flattered by being called “shady.” The two shared a chuckle about how they would squeeze Hollywood movie producer Thomas Rosenberg by stiffing him on state contracts if he didn’t donate to Rod Blagojevich’s campaign. “The defendant is laughing,” one of the prosecutors told the jury. “That is what corruption sounds like.”

Oh, we all are wicked boys when we’re cracking wise with friends, and I confess here and now that I have committed many a crime in jest. Cellini was not being charged with making improper jokes, however, he was being charged with attempting to extort Rosenberg, and Rosenburg testified that Cellini had never in 30 years asked him to make a political contribution. When they returned their verdict, the foreman is heard saying, “Not guilty on all major counts.” That is what prosecutorial incompetence sounds like.