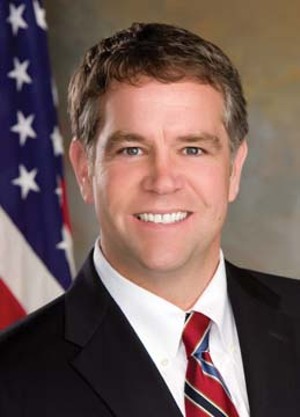 John Milhiser
Sangamon County state’s attorney John Milhiser is considering criminal charges against Springfield workers who cut down a tree on property owned by a relative of one of the city employees.

“Without seeing any reports on the facts of the case, I cannot comment on whether criminal charges are available or appropriate,” Milhiser said. “However, I have asked the city to forward the information they have to me to be reviewed.”

The city tried to fire Matt Winters, a City Water, Light and Power worker who helped cut down a tree at a house owned by his brother last year, but an arbitrator reduced the termination to a 30-day suspension. In addition, Winters, after discovering that a complaint had been made, contacted the man who had witnessed the work and reported it to the city.

During a closed-door executive session last year, corporation counsel Mark Cullen told the city council that tree cutting for private benefit while on city time using city equipment isn’t a fireable offense under a union contract that calls for progressive discipline. He also said Winters could be terminated for intimidating the man who called the city, but told aldermen behind closed doors that the witness who complained wasn’t cooperating with the city, which the witness says wasn’t true.

Cullen also says that he doesn’t believe that the three employees could be found guilty of a crime. However, three criminal defense experts agreed that charges could be brought.

“That doesn’t mean these people are guilty of that,” Noll said. “Those would be the types of charges that the state’s attorney’s office could be considering in their analysis.”

Steven Beckett, a University of Illinois law professor who also practices criminal law, agreed that prosecutors could file theft of services charges. It doesn’t matter who benefited from the tree cutting, according to Beckett, who said that prosecutors need only show that something of value was taken from the city. He said he didn’t believe that the incident merited official misconduct charges, but Winters could be charged with harassing a witness, which is a felony.

Rather than file charges, prosecutors could enter into agreements with the employees, Beckett said, and allow them to keep their records clean if they agree to conditions that could include resigning their jobs. Federal prosecutors did that in 2005, when they made a deal with former Land of Lincoln Goodwill executive director Larry Hupp, who ended a Medicaid fraud investigation when he agreed to resign.

Eric Riess, who witnessed the tree cutting last spring and called the city, says that he would like to see the workers prosecuted and that he would cooperate in any criminal proceeding.

Riess, who last year told Illinois Times that he wanted to testify in arbitration proceedings, resurrected the tree issue recently by appearing at a city council meeting and telling aldermen directly that he was a willing witness, contrary to what Cullen had said behind closed doors. Aldermen subsequently sought release of the executive session recordings.

“He’s told us he’s uncooperative,” Cullen told the council during the Oct. 30 executive session that became public last week when the city released audio recordings. “I can’t get him to show up at the arbitration.”

Riess, however, sat outside a hearing room for a full day just one week after Cullen told the council that he wasn’t a cooperative witness. He was never called and the city’s case crumbled when Riess could not be reached to attend a second arbitration session.

Council members, some of whom know Riess, blasted Cullen during a second executive session on Nov. 6. By then, they had found out that Riess was a willing witness, albeit one who was difficult to reach by telephone.

“Eric Riess thrives on this stuff,” said Ward 1 Ald. Frank Edwards during the second executive session. “Give us the straight facts.”

Behind closed doors, Cullen told council members that Riess wouldn’t speak with a CWLP supervisor who called him shortly after the incident. Ward 2 Ald. Gail Simpson retorted that someone from the city’s legal department, not the department that employed the accused workers, should have called Riess.

“I would ignore him (the supervisor), too,” Simpson said.

In an interview, Riess said that he told the CWLP supervisor that he wanted to speak with a lawyer before making a statement.

“I’m like, ‘Who are you?’” said Riess in recalling his thoughts when the supervisor called. “I’m just not comfortable because I have no knowledge of him. I was just trying to protect myself and I didn’t know who he was.”

Some council members remain troubled by the city legal department’s handling of the case.

“In the first executive session, the council received an incorrect assessment of the situation, both from a legal point of view and from a factual point of view,” said Ward 7 Ald. Joe McMenamin. “This was an extraordinarily important case to send the right message to city employees and the public to set the right standards.”

Edwards said that his confidence in Cullen has been shaken.

“We were told one thing (by Cullen) and we were told something else by the witness,” Edwards said. “We need to cross the bridge: How did our corporate attorney tell us something that wasn’t true? I don’t really have confidence in Mark. … I don’t think the council’s finished with this.”

Ward 8 Ald. Kris Theilen said that he still has confidence in Cullen. While he said that he wasn’t pleased by the reversal of Winters’ termination, he noted that the city wasn’t required to pay back pay.

“My concern is that we follow our practices and procedures and don’t treat someone differently,” Theilen said.

But Simpson said that cutting down a tree for private benefit while on city time using city equipment should be grounds for termination. She said that she has gone so far as asking the U.S. attorney’s office whether charges could be filed.

“This is a culture in CWLP that’s been going on for years,” Simpson said. “There is no accountability out there.”