Only one bid was submitted; inflation contributes to higher cost, architect says 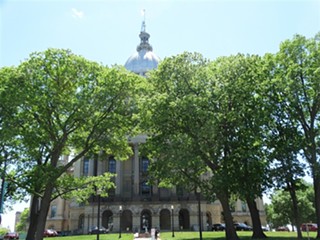 Only one bid came in for the project, which is about to get underway. CORE Construction Services of Illinois Inc. priced the job at $243.5 million, well over the $170 million that was originally estimated.

“Despite initial interest from multiple contractors on this project, only one firm submitted a bid while the others cited the difficulties of the current construction climate,” Statehouse Architect Andrea Aggertt said in an email.

“Given the challenges this industry is facing across the nation, such as inflation, increased costs, demand issues, and labor shortages, the project has surpassed its original budget, which was established well before the economic pressures were recognized,” she added. “With that being said, the project is still within the amount that was appropriated by the state.”

State lawmakers set aside $350 million for Statehouse renovations as part of a $45 billion capital improvements package that passed in 2019.

The project is scheduled to take about two-and-a-half years and will make the north wing the main entrance for visitors.

That will involve excavating the hill that leads up to the steps along Monroe Street, removing the circle drive on that side of the building and constructing a new entryway leading into the basement level of the building. That entryway will also be connected to a new underground parking garage, a separate project that is already underway.

Officials have said the project is intended to address a number of safety and security concerns, but also to return the historic architectural details to the interior of the building.

From the new entrance, people will pass through a single security station before entering the building. The project also involves installing new fire alarms, sprinklers and lighting as well as accessible restrooms, entryways and door hardware.

There will also be new, updated stairs to allow for emergency exits that lead directly outdoors and modernized mechanical, electrical, and heating and ventilation systems.

While the project is going on, the Senate, whose chamber is on the third floor of the north wing, will meet in a temporary chamber being set up in the auditorium of the Howlett Building, just south of the Capitol. That building also houses the secretary of state’s offices.

Senators and their staffs with offices in the north wing will be moved to other parts of the Capitol or to office space in other buildings in the Capitol area complex.

A spokesperson for the architect’s office said in an email that the original estimate of $170 million was made before there was a good understanding of the economic pressures now facing the construction industry.

She also said the north wing renovation has grown in scope, “which can happen when projects this large take place and especially with buildings as old as the Capitol.”

“Once work begins, you find other problem areas that you didn’t know were there but desperately need attention,” she said.

Capitol News Illinois is a nonprofit, nonpartisan news service covering state government that is distributed to more than 400 newspapers statewide. It is funded primarily by the Illinois Press Foundation and the Robert R. McCormick Foundation. 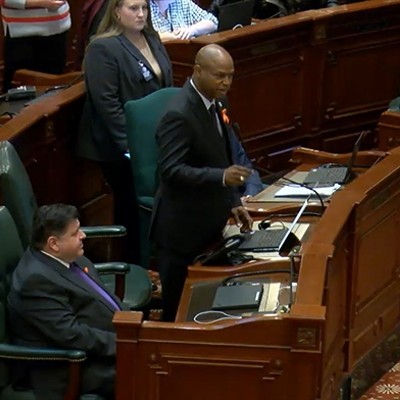 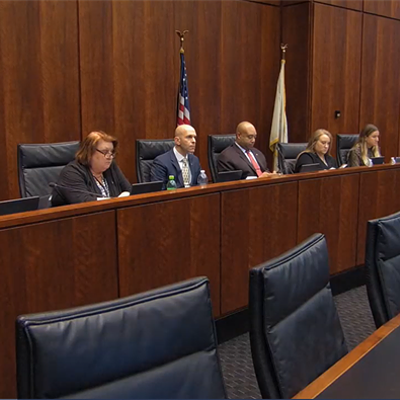 Gun control only one part of a bigger puzzle