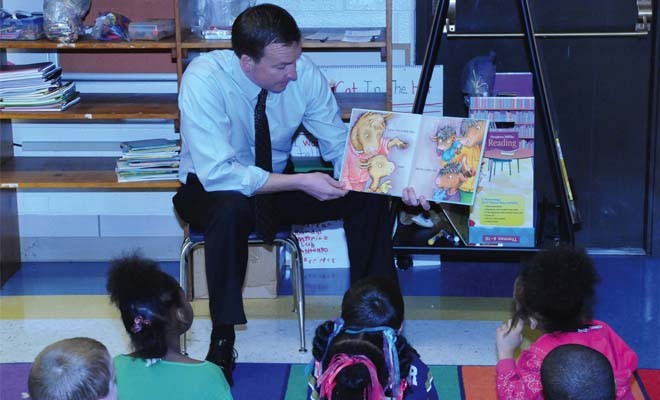 “I am hopeful this legislation will encourage CEOs to grow their work forces with good paying jobs,” Madigan stated in a press release.

Illinois has one of the highest corporate income tax rates in the country when the 7 percent rate is combined with the 2.5 percent personal property replacement tax, which Madigan’s plan proposes to keep at its current rate. According to an analysis by the Federation of Tax Administrators, Illinois has the fifth highest corporate state income tax rate among the 44 states that impose the tax.

About $3.177 billion of the state’s General Funds in fiscal year 2013 came from the corporate income tax. Madigan’s plan to cut the rate in half thus includes an estimate of about $1.5 billion in annual savings for corporations. Madigan stated he hopes revenue committees “consider the impact this will have on business location and expansion plans.”

A reduction in corporate tax rates doesn’t ensure job growth, though, according to Ralph Martire, executive director of the Center for Tax Budgeting and Accountability.

A reduction in the tax means a corporation could keep a greater amount of its profits. Yet an increase in profits doesn’t mean a business is going to hire more people. Rather, a business has to be producing more products or services to increase hiring demands, Martire said.

“That would be economics 101,” he said. “And so, at this juncture in time, allowing businesses to keep more of the profits can’t be expected to generate an incentive to hire more people, because, number one, it’s not going to get any more people buying their products.”

He added that it is not a good time for Illinois to make a corporate income tax cut. While there has been a boom in corporate profits since the Great Recession there has been slower growth in wages.

“So you have corporate America sitting on a significant amount of profit and not hiring people. All you do when you cut the corporate income tax is allow them to keep more of their profits,” he said.

Likewise, Martire criticized the proposal because of Illinois’ “single sales factor,” which he explained means that corporate income taxes in Illinois are based on the sales a corporation makes within the state. So, he said, if half of a corporation’s sales are in Illinois, only half of the sales are subject to tax here. Factors such as this that reduce corporate tax liability are why, Martire said, there is no correlation between the state’s current tax policy and a business’s desire to locate in the state of Illinois.

“The bottom line is very clear: this is not going to stimulate the economy in any way,” he said.

Martire’s suggestion to improve the state’s revenue issues is to overhaul the tax policy rather than making specific revisions.

The automatic decrease of corporate and personal income tax rates at the end of the year as a part of the 2011 temporary increase is one sign that changes may be in the future. Additionally, Gov. Pat Quinn’s support for a new progressive tax structure and Madigan’s proposal show signs of tax policy revision. Aside from Madigan’s plan, the state’s corporate income tax level is slated to drop from 7 percent to 5.25 percent on Jan. 1, 2015, as a part of the 2011 temporary increase.

Madigan’s bill came out a week before House lawmakers pledged not to consider any Economic Development for a Growing Economy (EDGE) special tax credits, until state tax policy hearings end later this spring. The EDGE credits are sometimes granted to corporations in exchange for a commitment to invest in the state or create jobs. The halt comes after the Senate approved a bill to give incentives to companies such as Decatur’s Archer Daniels Midland last fall.

According to Madigan’s office, Illinois’ neighboring states have rates that range from 6 to 12 percent. The bill proposes the rate decrease be effective Jan. 1, 2014, saving businesses an estimated $500 to $700 million this fiscal year.